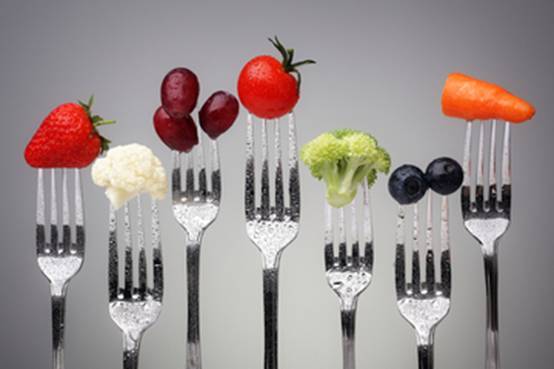 We’ve all heard it: Eat more vegetables, drink more water and try to cut back on red meats and processed foods. And maybe that’s all sound advice, but the actual data supporting some dietary recommendations border on fantasy.

A torrent of beady sweats are exuded from forehead for combing the alpha mark in the very beginning for a while and for naught after a draw-out facet explanation of the marks on the ground by Dark Shift as hare for the three virgins and ecclesiastic-esque praying three hares and hashing trail by Dry Hole for a function of RA. Waiting for It as other hare has to point out a direction into an oblique alleyway; Muscles from Brussels yells out it at last, “On On!” DH takes the lead on the double; Just the Tip tags after him. A vast complex downtown is strewn with more than thirty color hashers to cavort through. Every now and then slim signs hiding away obscure irregular positions up and down, sidelong and lengthwise drag the feet of the hashers for a time. Circumspective Lost in Marks and Spencer corrects the way in time. Soon moving into Tuanjiehu park. An Open Check mark scatters the hashers in a parkway. Pickle Boy comes across a mark to call forward. Striding over a wooded dun and down to a galleried bank of lake where throngs of local sightseers play their diverse games. W4I has to re-mark a route for confused hashers to a sequestered waterfront footpath till arriving at an upright-ish stone bridge. Minutes later, six walkers like Karate, Super Squirter, Creamy Lips and the unbeknownsts ushered by walking hare, Just Verena gather the runners, all sit on the steps of this arch bridge to click a big group photo at a Hash Hold. The majority’s T-shirts ooze perspiration to varying degree.

Once jogging out of the park, scrambling up a large foot bridge. Molotov Cock edges into the hashing matrix from nowhere. Going down and turning right to an alley. The first beer stop cools down the hashers with cold beers. The hashers are steeped in supping and talking for a short time and then brim over with energy to hit the road again. Circle K, Blister Fister, Just Michael, Just Alex and so on knock about checking the mark with whid; Sweet and Furry appears in the hashing out of blue; Crash Test Dummy catches every chance to snap a picture for the hashers; Hard to Live with and Tits Qualm run their way all along on a constant speed to admiration. Some ladies demonstrate beatific stamina such as CC, Agent Orgy, AutoBlow, Breakfast Included, Just Jessica, Just Joyce and virgins. Wading through somewhat hustling blocks nearby Sanlitun and fetching up the second beer stop in small street where the hashers sit on the curb for a relax with cold beers in chewing the fat a while. With crackpot convolution of the brain, whisking to well-known Sanlitun area and growing merry on beer overwhelms the fatigue and summer hot. Sliding into Work Stadium and racing an arc of distance and out northern gate and sensing free and easy to climb over a foot bridge to down a bar street and then keeping straight for an instant, sailing into Sanlitun bar street and on right, hitting the finishing point, that is, Pretty Woman’s Andy’s sausage shop as well. Black Turd and Mind the Gap have stood there. One after another some latecomers show up, too, they are Shaven not Stirred, On Your Knees, Just Sunny, Sink and Destroy, etc. Pre-selected circle site has to be shifted back to Pretty Woman’s shop frontage because of the owners’s rejection. Nothing can stop dionysia of the hashers.

Bearded Clam as GM hosts a celebration as per hashing process. Three hares, three virgins, four long-time-no-sees and seven latecomers in singing Hash song and drinking for a hole card to all intents and purposes, some with a little gift. A whirl of swig for FOYW, Waiting for It compered by DH for RA and thanks for her persistent and loving job of Hare Razor in BJHHH for years. PW brings out his hashing gadget that’s a pair of PVC pipes and sleeve it on an arm of drinker for a drinking. As soon as lifting bottle of beer on high level at an end cannot aim at the gaping mouth, pouring beer could splash over whole face and body. AutoBlow and Nut Pirate is hailed in for a swill singly, whose scenes attract waves of boff, and otherwise. Of course, DH’s Hash songs foil buck-naked affection of each single episode and flick out and in the empathy of coevality. The words seem not to dow a full of doxies for the going spot. There’re more chivalric and saccharine quaintness lurking alongside of erratic breeze. The most enjoy Pretty Woman’s sausage hotdog. The latest comers fall under West Side Farter and Heart On. In between, W4I is garlanded on her head and more group photos stick nectarine moment in her memory.