Beijing H3 Run #2013—Free Beer For All The Hashers Run

Beijing H3 Run #2013—Free Beer For All The Hashers Run

One of the hares – Finger My Dough is the true hasher which was proved by his story. Because of the hash and hashers ( you drunk bastards), he fell in love with beer, and then jumped the ship from a bakery to beer industry. Since then he took drinking beer as his job, he got a big dream that to let all hashers drink better and cheaper beer, sometimes even free.

As FMD worked for different companies, his trails always lead us to good beer spots. Once he even brought free Jing A beer to the All China Nash Hash in Beijing back in 2017.

This weekend he will set another trail, guess where/what this trail will lead you to?

Here are some tips for you to demonstrate your true hasher identity: 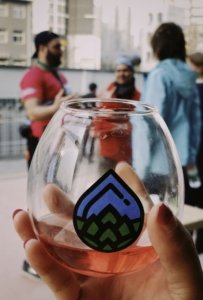 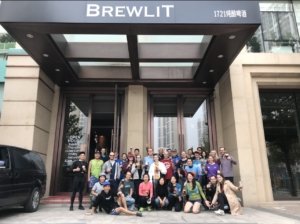 NO HASH DINNER（You can order your own food for dinner）

Get out of Exit D2 at DongDaQiao subway station of Line 6, head to southeast, turn right after 300-369 meters, and walk for another 169 meters.