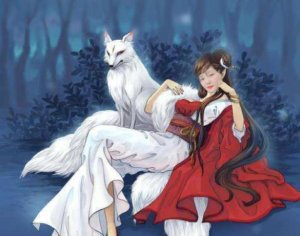 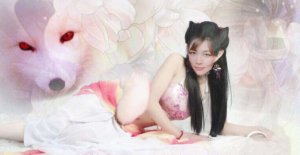 Foxes H3 finally comes monthly, February run is here. There will be both running and walking trail, about 5K.

Who are the Beijing Foxes?

Scroll down to find out!

What is a fox spirit 狐狸精是什么？

Foxes (狐, hú) are usually animals with magical powers that can transform themselves by assuming various forms.

At least in the earliest known works, the fox is presented not only as an astute figure, as is also common in the West, but also a harbinger of ruin and misfortune, feared by men .

Through the description of the nine-tailed fox, you can better understand who the foxes are.

The tails of this fantasy creature grow on the basis of a ritual that the fox must prepare to do: every hundred years it must eat ten human hearts to be able to get another tail.

Only after growing nine tails on its body can it take on human form.

The reason why foxes get together in a carnal way with people of the opposite sex is to capture the vital energy of their partner, in order to grow their own power and reach a higher level of life.

It is thanks to the transfer of the vital spirit in their bodies that this can happen. In particular during the Ming period (1368-1644), stories about fox spirits began to take on these connotations of seductions and vampirism (Guida, 2011).

Accounts of these creatures often end with the physical weakening of the lover that the spirit has chosen, or worse still, their death.

The reason behind the seeking of a companion of the opposite sex is tied to an ancient tradition: Foxes are creatures of darkness,and belong to the yin principle (阴, yīn), and must therefore join with a creature of the opposite principle, yang (阳, yáng), to gain strength.

Who are the Beijing H3 Foxes?

We are the harriettes of the Beijing hash. Like our mythical fox spirit sisters (狐狸精), we are mischievous and alluring. We roam the hutongs of Beijing and sip wine under the stars.

So, these male fellows who were asking if they can come, after seeing above information, if you still feel like coming, welcome to our March 8th family run! But remember to wear dress or wig.