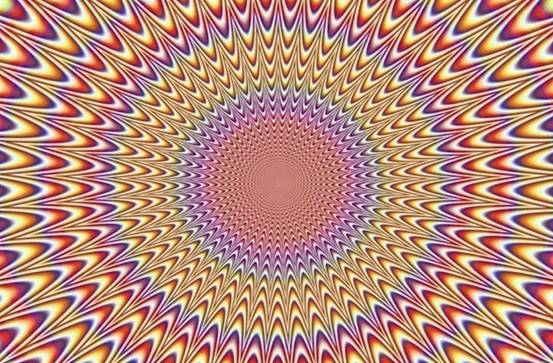 STEM education is science, technology, engineering and mathematics—in an interdisciplinary and applied approach, rather than teaches the four disciplines as separate and discrete subjects based on real-world applications because our brains sync up.

The autumn sky is clear and the air is crisp. Good time to put Hash event in working order for over 30 hashing self-starters achieving a counsel of perfection as knocking the battle of the bulge into shape. Being wary of spasmodic transverse colon if eating too much prior to strenuous exercises and what’s left is to roll in the carpe diem of jogging, talking, drinking and laughing with lather and swimgloat, by jingo, the chortle from Noah’s Arse has jarred the public to chuckle. Owing to the non-signs from subway to restaurant, a few hashers kiss the hare’s foot to head straight to the first beer stop at the entrance of a botanical garden by which good-hearted CumShot bicycles to guide to this mobile parenthesis with short of beer supply.

Chippendale as hare takes the empty bottles back to the shop in a distance. A pleiad of running adepts lead the way into prosperous garden including Dreamin’s Semen, Just Sam, Placenta, Just Peter, Just Julia, Just Mat, Fire In The Hole, Hebei Horse Herpes and so on. A winding alameda fills with the hashing figures, whilst the hasher ransacks any corner of passageways of lush vegetation with words of “can’t see anything”, a kind-hearted international couple who are strolling around ask on their own initiative, “Do you need a help? Are you losing somethings?” the hashers with smile explain in haste they are seeking a running sign for a workout, meeting by chance a group of hashing walkers poking about the scenery sans souci and taking a picture like Crash Test Dummy, Itchy Tits, Hot Down Self, Bjorn Again, Creamy Lips and so forth managed by walking hare, Karate.

Climbing over a small hill distributing wandering slate trail and interspersing with gazebo on hilltop, a stone bridge downhill does to the hashers to a parkway and steaming away of the garden. The front-runners already come back for nothing, then and there, the walkers crisscross the flummoxing array of runners, reticent Honey I Am Late as hare has to point out a way, On Your Knee goes through the motion of lying ahead on the spur of the moment, the others keep their eyes peeled for the marks along the hashing trail, the more moving forward, the more introjecting long shot without mark, glancing over one’s shoulder, HIAL is still hustling the running line-up, the accomplished fact is to follow the hare, before long a mark on the pole, indeed as expected, emerges into the vision of the hashers, the next is pretty logical, a sign by a sign in average intervals, then hitting the second beer stop at retail section on roadside. The walkers have licked the lethargy with cold beer in advance.

Fresh cornrow hairdo of Butt and Paste induces the topic of the hashers and each tiny queue was braided by 2 steams of tinier queues, one black and one yellow, it’s swept back for a pouf, looking like an exotic headgear, electriferous?! Teddy Secret wearing a marceled long hair and a pair of black goggles shows a womanish vogue; Chippendale brings his skateboard to appear again.

Along with the acclaims for On On, through abodes area, boisterous streets, fancy square, thriving business zone, sowing the hue of fashionable run to the public hither and thither, via garden pavilion, right opposite the street, the restaurant as our termination, on the point of getting in for a change, a looped local young man is throwing up to gurry the one and only aisle inside. The hashers have to await outside, Just Chloe has Pickle Boy smoking for a backslider but who can not be content to accompany the looker. Pepping up from being zappy to zippy.

The most drive their afterheat to the hashing cirle at full blast where an open esplanade receives the hashers hosted by RA, Comes On Vacation and Breakfast Included in turn. Just a girl from Hainan becomes one newcomer, some latecomers and some long-time-no-sees, and then a lap by a lap, calling 3 hares to drink up in the circle, seeming the “accusation” part coming up ahead of schedule at the same instant “awarding” for they did their damnedest for blue dahlia. Suddenly NA in floscular suspender skirt with scarlet lipsticked mouth, literally being dressed to the teeth, and then she stands in the circle to video the hashers a little while, shtik! DS as the first to reach the finishing point wins a toilet bowl pad as his blue ribbon and somehow a loaded beer bottle slips out of his hand to the marble ground to pieces, bang! The latest comers is Asshole Sucker navigating a scooter to land down, in fact, he’s long time no see, too, imbuing with the joy of the hashing for the time one or the other. To the last syllable, COV sings Swing Low in chorus with the hashers coupling with dancing the body signs. 17 hashers then feed their faces with local meal and run-down bathroom. Chippendale suggests if raising hare cannot have a wrinkle for a haring stint, better to cancel it, he murmures at his weariness.

Life is too shoot to be little. Is it any wonder?