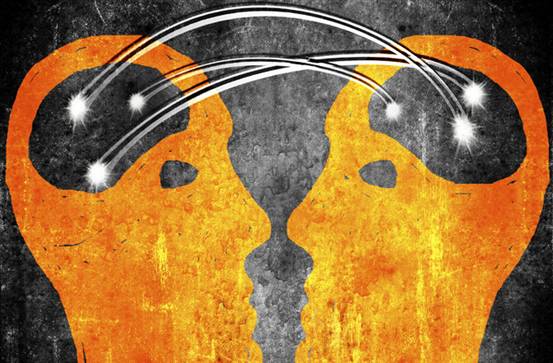 The arts and sports lubricate the economics and politics, particularly during Great Depression. At that point the diplomacy consolidates the trust and cooperation, the science pilots the prosperity and transcendency, the faith indemnifies the humanity and introspection. The cultures must have to abide by human evolution with diversity irrespective of the long and short of the histories. Hash nation is being exemplified a zingy species.

Chunks of white clouds waddle along the breeze in boundless blue sky. Fresh air seems to be extra assets to please the people outdoors. Self-contained hashers muster the running place for an expectative hashing. However the reserved restaurant closes the door for intraday business. The hares soon have to ferret out new one nigh as Hash home. RA, Comes On Vacation in place of Hash cashier collects Hash cash before unopened restaurant and hold on longer for the part of late comers to move to new start point. Altogether around 40 hashing sunbeams. In streets and alleys, erecting five-star red flags to celebrate a national day.

3 doggies happen to coincide to get together. They are Puppy, Jingo and Eagle and mash frolic physical contact feverishly. After Chokes One Out as hare instructs a few newcomers for regular marks on the ground in circle, COV bursts out, “Open Check!” a group of high-caliber runners are blue streak like the arrow catapulting out of the bow, such as Dry Hole lugged by Puppy, West Side Farter, TransylVestite, Just Kelvin, Easy Rider, Just Marj, Just Chloe, some ladies as newcomers, Pickle Boy, ect. Shaking off strenuous marks like Open Check and Two Ways in a passage of high rise commnity to a shady and muddy pathlet of its own accord.

Little wonder the forefront is Puppy leashed by DH leading first group to a far wild cropland, nowhere to be found with no Hash sign and have to double-back and in a patch of wood get stuck. While yelling out, “Are You?” On other side of a parapet rail in the wood, fortunately Quid Pro Blow as hare is staying the rear of hashing matrix and approaching the first group to guide the trail as a quid pro quo. And meet Cums With Milk toddling forward alone. Skipping out of wooded tranquility and striding across a footbridge and cutting through other wooded area and a square of shopping mall. An open structured blocks spread out.

TV shouts out a sign of BN on a pole, as if eyeing a messiah, everyone bucks up down the line, but Beer Near is not nearby after a little far running, stepping in a yard, there is a grocery inside as first beer stop with much more private space for hashers. All hashers already there. Talking and drinking relax the hashsers with happiness knowing no bounds, even some smoking like Master Baker and Spielberg,etc; Just Vincent has hot discussion with Just Chloe; Hard To Live With wearing a faddish handlebar mustache alone sits aside to look into the people; Hot Down Self is mettlesome to chat newcomers; Just Allan as walking hare summons all hashers to snap whole group pictures. After over 10 walkers set off on the trail, Ferrari converses until forgetting to follow the walking group. About 10 mins for all hashers to have a good break.

Some runners start to probe the trail dynamically such as Filthy Habit, Red Snatcher, PB and so on. RS’s whoop for a sign that point the way for all runners; shortly overtaking the walking slowpokes. At an intersection, finding nothing for any mark. Again, TV spots a fading mark lying on underfoot that steers the runners to go forward in high spirits, plus additional rumbling identification for On On from FH; Wherever position DH stands in, he always outpaces others to be ahead. At that moment, he has started to drag Puppy to race. WSF also rushes afront at times, but he missed a bunch of marks, though and causes him backward. The signs begin to tell the hashers the trail along with cookie cutter of modern skyscrapers.

A blue chalk mark of 3 letters of B stop short the hashers’ pace for second beer stop on the roadside. No enough cups for drinking and use the plastic bowl to drink that have kind of feeling of being susceptible of glugging with no strings, clicking some pictures for that at a moment’s notice, Crash Test Dummy pinpoints location bearing with GPS on his phone; Waiting For It speaks Italian language pretty fluently; Just Yogi with long curled hair keeps silent; before long the walkers appear; Nut Pirate cannot help but accost Irish lady a ton; after running with a modicum of sweat mixing with an apposite drinking, notably with kindred spirits together, to sense the happiness fails the words. With a vociferous call for Open Check from Just Allan, the hashers scoot away.

Making ascent of a wide overpass, the breadth of mind has changed into vastitude from which the beer drives bodily and mentally with everthing slipping out of the mind, nothing but rejoicing in introjection in coursing. Whilst seeing a giant stainless steel statue on wayside treelawn that 3 Muses with hand in hand bend backward, COO and Just Chloe rush forward and each embraces each down back of Muse to mimic the gesture, as if showcasing lady power, lady freedom and lady aspiration. Once getting down through a channel, COO displays her pleasure by gambolling and shrieking that echoes the channel; volia! Jizzy Shelter as other hare is jogging forward, this’s first time to run for him after his leg’s injury from car accident months ago. Imperceptibly returning to restaurant. A short shakedown later, a beckoning ritual circle in a lane takes place on schedule.

After hard-bitten struggle for the self on marked trail, each and every hasher acquires multicultural swag to varying degree in the bosom of brotherhood and sisterhood as Achates. Cannot gainsay other cracking shows what-have-you. Under bright moon, ends up COV precents Swing Low with hashers to hashers’s heart. Approx 20 hashers join a local Hash dinner for more private part and then 8 hashers head to Just Allan’s home for another spell of hares’s function.
On On…
Pickle Boy