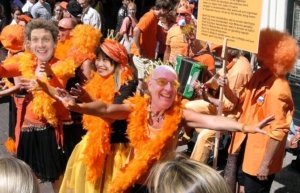 What’s the one day of the year when Dutch people come together in the streets to sell their XXL sized selves and XXS sized waffels without needing to pay tax? That’s right, Koningsdag, a.k.a. king’s day. (Evidence suggests those things are given away for free the other 364 days of the year.) 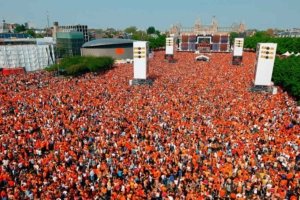 30 rmb for beer stops and circle.

The trail is A-A with a bag drop at the restaurant.

The trail is not dog friendly and don’t forget to bring your masks and mobile.

Our hash bar, Paddy O’Shea’s of course. Followed by your on-after-the-on-after at QS for the real legends.

After leaving exit D go right and follow the route below. After crossing the big road go the first street left. The restaurant is on the left side at the end of the block just before the parking.

**Please note: This is an adult only event in which there will be drinking, profanity, and explicit content. Please do not bring anyone under the legal drinking age unless otherwise approved by Mismanagement. Be prepared to show a green Health Code and always carry a mask on trail.