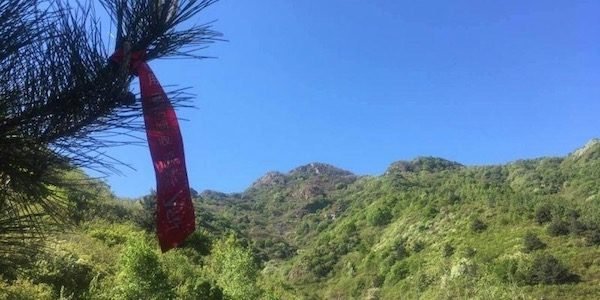 Back in November, the Boxer Hash saw the ousting of former GM Crooked Sink & Destroy following a disputed election in which Hairy Crack and Silky Fag’s platform to “make the hash great again” garnered unexpected last-minute popular support. In the wake of this depressing and unexpected defeat to the Crack-Fag ticket, Crooked Sink & Destroy decided to take some much-needed time off from hash politics to regain her senses. She set off deep into the forests of Yanqing, disappearing completely from public view for several months.

** IMPORTANT NOTE: THE BEIJING BOXER HASH IS AN OFF-ROAD RUNNING HASH GOING OUT TO THE HILLS AROUND BEIJING ONCE A MONTH. WE USUALLY AIM FOR THE SECOND SATURDAY OF EACH MONTH, BUT MAY VARY DEPENDING ON THE HARES’ AVAILABILITY, CURRENCY EXCHANGE FLUCTUATIONS, THE SCORE OF THE MOST RECENT BEIJING GUO’AN GAME, THE BUS DRIVER’S MOOD AND OTHER VARIABLE FACTORS WE HAVE ZERO CONTROL OVER. WE DO NOT ADJUST FOR WEATHER CONDITIONS (BRING A TOWEL, YOU WON’T DROWN) NOR POLLUTION LEVELS (THEY’RE LOWER OUT IN THE MOUNTAINS ANYWAY). IT’S OK TO WALK BUT NOT TO LALLYGAG. KEEP MOVING … WE’RE A RUNNING HASH. HEART ATTACKS ARE NOT PERMITTED. AS WE ARE OUT ON MOUNTAIN TRAILS, IT’S EASY TO GET LOST. IF YOU’RE TOO STUPID TO BRING A PHONE WITH YOU (LIM&S, LOOKING AT YOU!) AND YOU GET LOST. WE WON’T PH*CKING CARE, NOR WILL WE PH*CING PIN YOU EITHER. WE MAY OR MAY NOT SEND A SEARCH PARTY LOOKING FOR YOU. IF WE DO, CHANCES ARE IT WILL CONSIST PRIMARILY OF RABID DOGS AND HUNGRY WOLVES. THAT BEING SAID, WE ARE GLAD TO HAVE YOU JOIN US AND HOPE YOU ENJOY A GREAT DAY! (BY THE WAY, NO YOU WON’T BE BACK FOR YOUR IMPORTANT DINNER DATE BRING THEM ALONG INSTEAD)