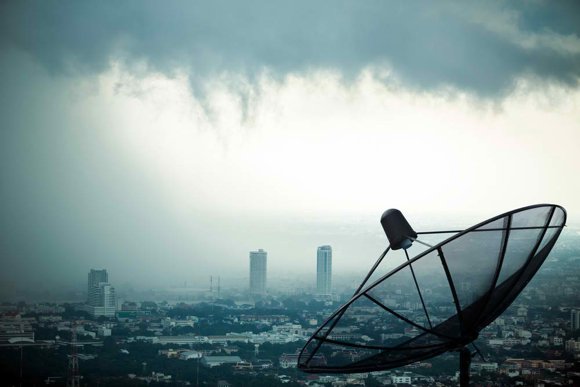 Dementia Declines; Solar Is the Largest Source of Energy on the Planet; Type I Diabetes Is Preventable; Food Shortages and Food Price Fluctuations Are Things of the Past; Electric Air Transportation Takes Off; Digital Everything and Everywhere; Petroleum-Based Packaging Is History; Cellulose-Derived Package Rules; Cancer Treatments Have Very Few Toxic Side Effects; DNA Mapping at Birth Is the Norm to Manage Disease Risk; Teleportation Is Tested.

A paraselene writhing in chunks of clouds hangs over the night sky. Nearly 40 zingy hashers look up to howl their ring-a-ding in exuberant garden of residential area. Full Moon GM, 6 Kuai Short and Blearded Clam in sequence presides over a Hashing circle, Welcoming Virgins for 8 newcomers, Long Time No See for 6 ones and 5 Latecomers, with singing traditional Hash song. Because 6KS in a black tee-shirt that rolls out a closeup picture of the Hillbilly Cat would be leaving, BC proposes Who’s Red Wienie for a new FM GM through all present hashers’s approval by voting; then Pickle Boy is elected in the circle for RA and Noah’s Arse comes forward for RA as well. Subsequent to plenary voting, PB gets in RA; Just Wendy is asked to knee down in the circle for her Hash handle. Frankly, she is down there for a good while for a controversy between 2 discussable names of Taming The Bush and Chokes One Out, even she starts to sit sideways on the ground to wait for a conclusion, it finally winds up with Chokes One Out accompanied with a blast of beer baptism by the hashers. Some locals who hit the sack early have to chime in stopping the circle’s wingding. Black Hole forgets this situation in her continuate high key, hush up! The hashers have to pack it up to head to feast an ambrosia in Russian restaurant and then a jam session in FM GM’s apartment at midnight. What an enjoyment of a Hash Full Moon event! Lest the ghosts produce the envy towards the hashers.

6KS and Shaken Not Stirred as hares scat to place the flour on the trail of dark bustling midtown beforehand; Dreamin’Semen exerts all his strength to be bellwether; at Open Check, winkling a mark the tunnel of subway and rattle thru, a middle aged local frumpy woman looking like from countryside yells in Chinese language at the hashers, “Terrorists! Terrorist!…” does sound ridiculous! Perhaps she has never seen a group of international sportive people in her life, perhaps she is suffering from post-traumatic stress disorder, perhaps… who knows?! Just Kate runs at a good bat; Eager Beaver proves his Hash name to be prosaic in digging out a sign on a murky turnoff from Open Check; Red Snatcher with her whoop at mark leads the way now and then; first beer stop emerges in an open space of semi-basement. 3 Tianjin hashers show up via an introduction of Urine Trouble one by one. 4-5 hashers have lost their way due to their snail’s steps. 6KS stands in the circle to spin a bottle of flour for choosing a hare, then this honor comes upon BH and she opts for Transylvestite as her co-hare and scamper off 10 min in advance; rushing out of a abodes community and along the main road, Sweet and Furry edges in the Hashing lineup from nowhere; turning right to downstair the living apartment as second beer stop, Just Sam, Just Patrick and newcomers have good talk; What’s Your Dada have tete-a-tete with femal hasher; all at once, a shrieking voice blows out of a pitch darkness, then NA jumps out with her hubbub; 6KS spins a bottle to point a hare again in the circle; Just Kate and WRW nips away; soon afterwards the hashers crank up to chase the hares, cutting thru a digs quarters, on a flyover where the hares looms in the eyeshot of hashers, which arouses the hashers running faster, a block by a block, a street by a street, a garden by a garden, the hashers in rapid succession rotate back to downstair apartment of GMs and then lagging hashers turn up anew such as Pony, Vibrating Bunny and others, Just Yanny bringing her friend to join it for a joyful circle.

In the midafteroon of 2 days later, with a rain of fire that seems to menace the outsiders with a sunstroke, more than 30 hardcore hashers get together a running place, Discount Dildo as walking hare musters a beginning circle from the hashers and instructs the do’s and don’ts to 3 newcomers and Pickle Boy is singled out to be supporting hare for a running hare, Chippendale and each hare equips with a color watergun facetiously; opening check to follow a wandering long distance of sidewalk of avenue, soon pinpointing the first beer stop on sideway of lane for talking and drinking, torrid weather changs to temperate one with anticlimax of a sandstorm as though the celestial deity cares for the hashers, some latecomers catch up with the Hashing formation, like Black Hole, Lost In Marks and Spencer and so forth, a bit long trail drags some backward such as Mini-Me who is a long-time-no-see well and truly and the unknown and turn into the walking group. While entering a hamlet, PB as looking after the rear has been alone far far behind the hashers, having to consult with marks and the locals to be after the hashers, a tract of upstanding broad-leaved wood on the shoulder of the road deafens the incomers from which a rare unison of umpteen cicadas are sucking the sap. With the help of the local, bolting out of cicada’s territory and there, a patch of floppy plough that breeds somewhat small spotty tombed mounds with scattering flickering white toliet paper in sharp contrast with grey soil, to see them from afar have easily confused with white powder as a Hash sign. Luckily, there’s a local passing by and indicates the direction of hashers out of such a loneness. Quickening to pursue the marks along the street, pursuant to each mark, need to explore hundreds of meters anywhere, if found one, keeping forward, if not, having to double back to check another orientation till breaking in a way out.

PB solely legs it alongside of a main road for 800m or so, all of a sudden, hearing an exclamation of lady behind, “Pickle Boy! Pickle Boy!…” whipping around fixing the eyes upon as going back, it turns out to be Choked One Out, without her, PB might miss his way or spend much more time on locating the Hash trail.

By and by, the both shortly spot the second beer stop in tandem with 6 walkers as well as 2 lost runners from other direction. But twice is the last one of walking group Shaken Not Stirred who makes a point of wearing a brand-new broad-brimmed straw hat that seems to have a mission to protect her snow white face and oily cherry red lips, sure, moving slowest on her white platform slippers and penultimate Crash Test Dummy; the hashers shoot the breeze for long time such as May Not Come, Filthy Habit, Waiting For It, Eager Beaver, Kiss My Maple Leaf, Just Sam, Eratica, Creamy Lips, Hebei Horse Herpes, Just Ke, Nut Pirate, newcomers, etc; Just Kate and COU seems having more banters each other; PB has to shout an Open Check for marching for destination rather than staying at a midpoint; perpendicular to a market and across a street, piling thru a gape of the iron rail into an ecological mini-park, along with a lake bank with an expanse of verdurous meadow and a glimmer of tranquility, a wooden platform surrounding a lush persimmon trees draping full of green fruit settles down for a Hash Hold and the runners take the group pictures without the walkers whom cannot come up. Shaking off this land of idyllic beauty and can sense more power apparently, zigzagging a compound and bucketing along the bypath of neighborhood, unawares, reverting to the restaurant as a starting point and a finishing point. Karate arrives for a circle where it is sited in a tiny square of shopping mall near the restaurant. Dry Hole and LIMS host the circle, 3 hares are taken into the circle to tope for granted over and over again by the hashers’s thanks; NA is jumping clear of the circle with which the hashers loud sing peculiar Hash song at a moment’s notice; the hashers’s anecdotes spread out gimmick stunts for fait accompli of poetic justice by irrigating ice-cold beer. DH as SongMaster slobbers over each scene with his vivid clipping Hash songs, which do spice up the live vibe; it lasts about 45 min and the half engorge a local food with a smack of cliffhanger of World Cup Finals between Germany and Argentina on late show.