T’was the morning after Hashmas when all through the city,
Not a Hasher was stirring,
Not even Nipple Kamakaze,
The hares were out laying the trail with care,
In the hopes that the Hashers soon would be there,
The Hashers were hungover all asleep in their(?) beds,
While flashbacks of Hashmas piece together in their heads,
And Mama Jane at the bar feeling all wary,
As she mixes the first batch of bloody Mary.
When out in Sanlitun there arose such a clatter,
Shanghai Man sprang from XL to see what was the matter,
Away Piss ‘n’ Chips flew like a flash,
Tripped over the floor and made a loud Crash (Test Dummy),
The smog over Sanlitun Soho,
Gave the luster of midday to the beer bottles below;
When, what to Cum In My Brum’s eyes should appear,
But a series of Didis filled with peers,
And with a rev of his engine arriving so quick,
We knew in a moment it must be Limp Fish Dick,
More hungover than NashHash regardless they came,
And we whistled, and shouted and called them by name,
Now! Heart On, now, Moremen, now, Danger Zone, now, Super Squirter!
On(on)! Dry hole, on(on), Moose Knuckles, on(on), Pickle Boy, on(on), Blow Harder!
To the beer stops and back without a fall,
Now hash away! Hash away! Hash away all!

*dignity will not be available for collection

Any thing you can manage to put on!

It’s on Xindong Lu in the complex just north of Heaven and south of Lily’s American Diner. To find it, try to go to Heaven and then go the other way. 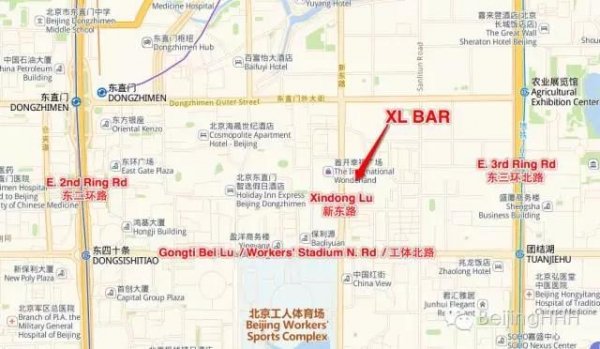