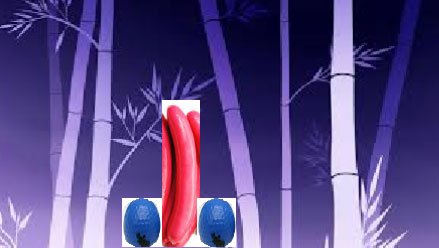 The first run after run #1700, the Hash of the century (or at least the Hash of the day), will bring us to Purple Bamboo Park, which was declared an official protest zone during the 2008 Olympics – we shall unofficially, but loudly, declare it a Hash Zone this Sunday! OOON OOON!! So pack your purple bamboos, your red weenies, your blue balls and all other relevant body parts, and join us in Haidian on June 14!

Subway station Huayuanqiao (Line 6), exit A. Walk 800 m, West till the light, then turn right, walk 200m along a car wash and a supermarket called JianMarket. Look for the red lanterns before an ICBC bank and head to the 2d floor.