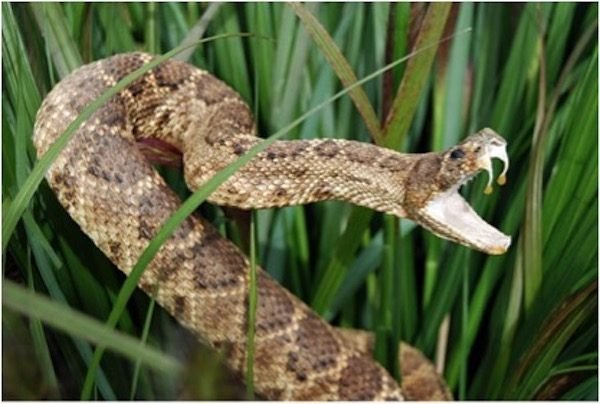 The hyaline sky in the Sunday afternoon attracts another over 30 hashers to hash with gusto and glee. We are hashers from around the world for running and drinking. There however are SUCH the snakes like Satan’s incarnation as father of liars having been long stealing the gaps and contrarieties amongst nations, cultures and power structures to deliberately harm hashers’s security and happiness for their own sick desire. Worse still, the snakes scoff at their sufferers and shift their responsibility onto the different and backward environment. Not only is it shameless, also is evil. Yes! We are hashers liking to drink cold beer, sometimes getting hangover for good time and bad mood. But it does not represent we hashers are drunkards. The real hashers never ever intoxicate the self soul. Sorry! The snakes, you find the wrong targets. If you did, you must pay double for sure!

Hash Cash Danger Zone collects Hash cash precisely. Little Red Shit Hood dresses white T-shirt being printed a giant Red Cross on his chest as if it’s calling for the Knights Templar and he asks Karate how to say in Chinese that there are no dutiful children at the bedside for chronic sickness. Pickle Boy stands out to reveal that Filial Duty is severe error. It’s supposed to be replaced by humanitarianism because Filial Duty is only to protect parenthood with neglecting parent’s duties of rearing children and educating children that leads to suppress development of young generation and has been causing a flood of unnecessary tragedies. The GM Blister Fister shouts for a circle up. RA Heart On trippingly blesses the 4 hares Bearded Clam, Chippendale, All In and Just James on their knees and sprinkles Holy Water on these hares.

Whipping over the hustling intersection. Just Diana takes the lead to cross the street into a Spartan village area. The rundown cramped hutongs speak the gap between the rich and the poor with action-packed knaveries. At a crossing, a bus overtakes the runners for a turning. Dazed & Confused snarls, “Stop! Cunt!”. Tantantalizer giddaps ahead in a prolonged straight hutongs. Out of them, Lost in Marks & Spencer actively explores a turnoff from a 2-Way mark, pursuant to the 4th Beer Near mark without going cold turkey, the rightabout ushers a trail up to the first beer stop as soon as turning left. The old owner of the shop warmly serves the hashers with ice-cold beer. Eager Beaver rarely visits in BJH3 and mentions his wallet got lost in the restaurant while the hashers gathered in the beginning. There are nearly 400 kuai and credit cards inside. This thing doesn’t happen in the hashing for long time. The walkers show up as well. BlowJob swinging back for a short time, Creamy Lips, Crash Test Dummy, Hard To Live With, Super Squirter, Just Megan and virgins.

Narrowing down to another block of shabby village hutongs in high-flying fashion. Chances are to bump into the marked trail in the right place. NSS keeps vigorous and he’s not forcible-feeble. Just Michael finally seeks out the third mark from a branch of 2-Way sign, the 4th mark shows Oh Shit in a wandering poky hutongs, though. Unknowingly rushing out of the mish-mash of hutongs as the hashing rummagers to meet an obscure second beer stop in a lane. Drink and sip while away the time for a break. The saving grace of sweat is swimming back to sobriety for moments. Suddenly into an unnamed park. Its desolation cannot remind any hashing memory. A satellite hashing runners seem to break into a quantum tunneling to see a 2-storeies weird pavilion for Hash Hold. Its frontage is a patch of vegetable plot crisscrossing the bumpy ridges. Breakfast Included like plant pundit narrates the different leaves’s names respectively. Sure, all runners have group photos. In this strange surrounding, getting confused and disoriented. Scrimmaging to find a way out and always drawing inspiration from a call by the other hashers. It seems to make a somersault and somberly arrogate the hashers to the third beer stop. Beer Wolf just sits a sofa springs up as latecomer. Terracotta Whorrior is looking for something around. 10 min later, losing directionality hits the road. There is an affair of honor between sweat and semi-inebriation to follow the hashers unto the restaurant through the bustling business zone and intersection.

EB comes up to wave his wallet that he found from an inner pocket of his backpack. For better or worse, the best is nobody loses things. The circle ritual is held at an empty highland next to busy street. Drill Me brings her puppy to appear as latecomer. The GM BF wears a string of heavy beer caps to preside over an inquisition as if he’s become Grand Master of the Templars. 5 virgins are greeted according to process. A local virgin called Just Rudy behaves quite a hashing way by knocking back a most bottle of beer. Just Sherry loves to be a virgin all the time by standing in the virgin group. Nevertheless she’s joined hashing many times, just stopped from time to time. The 4 hares are hailed to drink together over and over. Rambo Number Five limps into the circle to accept his #50 patch and gradually recovers from his car accident a few months ago. The local audience surround the hashing circle a periphery. RA HO sings a package of Hash songs that jazzes up the spot and can hear the genre of Dry Hole. Of course D&C belts out classic Hash songs as well. RA HO steps in for naming Just James that bursts out a yippee as he strips down to an underwear and falls on his knees in the circle. In a fit of nominations, Dunking Dog Nuts unlocks his genuine Hash life, in tandem with beer shower and screams from the hashers. Turns out Occasional Luminary LiM&S guides the whole caboodle to choir Swing Low and the sonoluminescence of hashers fizzes, “God Wills It！”