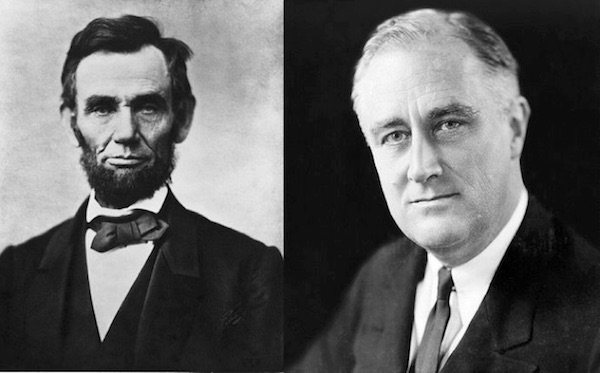 Earlier on, businesses needed things that only a bigger government could provide, such as infrastructure development, a currency and tariffs. Once these things were in place, a small, hands-off government became better for business.

Bengay is virgin but getting the jump on a small piece of ice block by ass-sitting for many times in a hilarious circle and humming all of Hash songs with Song Masters like Dry Hole wearing a stars-and-stripes baseball hat with sticking out a pair of big hands gripping on a petite American flag respectively matching his a starry-streaky jersey, Agent Orgy pricking up a couple of petite American flag in her coiled hair trussed by a starry-streaky scarf, notably a tuft of painted blue stars on her right cheek. Sure, AO performs her duty of GM solo for the circle celebration in tandem with RA Lost in Marks & Spencer , e,g., a welcoming ceremony of 7 virgins and other rituals. The ice (ass) block plays more funny punitive award for some hashers, such as DH, AO, Lick It To Ride hooding the Stars and the Stripes, Just Dumb, Pretty Woman, No Shit Sherlock, Pickle Boy, virgins, etc; BlowJob volunteers to be Beer Bitch and looks like a younker by wearing a red hat with slogan, “make America great again.” Suddenly a harness bull, not, he’s an uniformed neighborhood security turning up to warn that a dweller complained too much noise from hashers. All In comes forward to break it down to him, yeah! The circle is next to a living area, though, it’s about 5 pm in broad daylight. Hashers have to drop our voice. Ice-cold Belgium beer like Liefmans and Vedett soon are consumed by hashers. Later on, this security guy joins to drink a cup of beer for a fun as well. Nut Pirate and Flasher come later for circle only; Ass Tonguer as walking hare concocts a Vodka sliced watermelon and then she’s busy with snapping photos for hashers; RA LiM&S leads a chorus of Swing Low with dancing hashers in the end; Mind The Gap makes a handstand against a wall. Around 20 hashers gormandize rich West food at a hashers bar called XL. Six Kuai Short dresses up a T-shirt with words, “American doesn’t have any problems.” finished his work to catch up with hashers for a little while. The weather is humid better than sunburn.

More than 10 little American flags are held by hashers in different ways fly the trail. DH as temporary hare replaces absent SKS to pilot the trail and indeed guides the lost hashers from start into an underground business space. Some scoot afront like Extra Dry, PedalPhile, Filthy Habit, JD, NSS, Whose Red Weenie, AutoBlow, Taxi Ride Her, Tight Quim and so forth through streets and alleys in a place of call, cutting through behind Paddy’s and down to north and along part of canal to wedge into a residential quarter on wet asphalt path, Just Flora just puts on her a sandal to jog; Finger My Dough trots with his average speed to yell out On On; Creamy Lips surprises it’s close to her home. Shortly a grocery in a hutong is to funnel all over 30 hashers into the first beer stop by degrees, in particular approx 15 walkers, Just Asa as virgin can’t wait to drink an icy bottle by an icy bottle; MargariCunt adorns a textured tie with stars and stripes in red, blue and white; Crash Test Dummy just stands aside to watch without drink; Phantom pushes a baby carriage where Phantom Menace nestles in; Molotov Cock has become a walker because he’s recovering from his hurt back in playing basket ball; Rambo Number Five doesn’t drink yet; Hard To Live With has cheery outlook on hashers; GM orders an Open Check; ED first finds a mark to point to the left along the main road and hashers file through a hutong and digs area all is either familiar or strange. LITR as another hare re-marks the trail from time to time and ushers hashers to pass through an off-hour market trading hall and pour through another residence zone where a bunch of locals play cards. Inattentively seeing a group of hashing walkers having stayed at a small shop for the second beer stop. Khlitleesi, Pre-Lubed, Shaven Not Stirred and Hebei Horse Herpes make a pose to lift empty bottles for the drinking pictures; Bruised Lee drapes The Old Glory to hang on to quantum fluctuation; Breakfast Included also sips a lot; then hashers waltz off to restaurant via embassy area and northern street of Sanlitun bar street, while running through crowded relaxers sitting at the bar street, zapping hashers shouting out the marks attract a considerable of jagged eyes. In the belief that: in our pursuit of our passions, always be young. In our relationship with others, always be grown-up. As if the hashing particles collision energy is working out to 15 tevatrons……