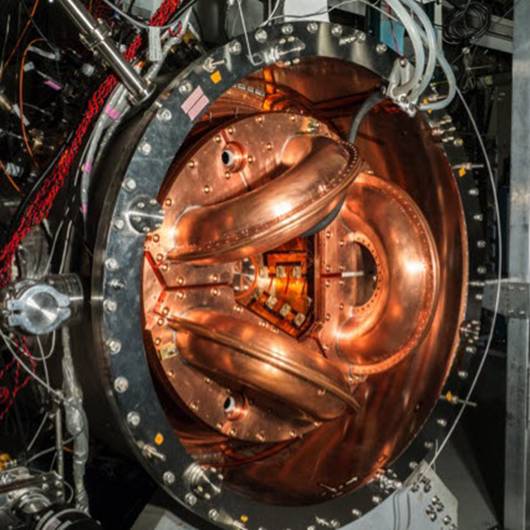 At 10:30 Saturday morning in front of Tim’s Texas bar, time sallying freshly forth, but circa 30 hashers have to hold on extra 40 minutes for a latecomer and Nut Pirate as latest comer has to drive his way to follow Hash limo bus to suburban Boxer site. Short Shift from Tianjin joins Beijing Hash event, especially on a condition of which his right forearm is strapped on bandage for a bloody injury. Nowhere Man’s like Maitreya to show up from far place with 2 bags of Champagne to hashers and endless laugher. Boxer GM, Pussy Nibble counts noses and collects Hash cash on bus, taking more than 1 hour to a desolate foot of hills. Kiss My Maple Leaf as sole hare scrams shortly. Puppy and Jingo are exultant by running around and soon fluffy limbs are entangled with a mass of spinous brambles. Comes On Vacation has to weed out scathing grapple plant from Jingo’s shaggy legs. NP as GM simply explains 3 flour marks on the ground to 2 newcomers in a circle. A ringing voice for Open Check kindles passion of hashers’s hunting.

Cutting thru a small backcountry. Raging local dogs bark at Jingo to be downcast for a while. Pacemakers check out any clue far and near for an Open Check point such as DumbAss (Tianjin), Dry Hole, Just Kelvin, Lost In Marks and Spencer, Pickle Boy and so on. Finally Whose Red Wienie finds out a sign in an obscure spinney that summons up the hashers from right and left to be on correct track. At other Open Check point, where nothing for mark around a few tombs befuddles the hashers to run in situ round and round. Hashers rustle thru layers of fallen leaves that blanket the ground and Jingo rolls down into shed leaves on the ground with erethism. In a pinch, COV and DH have to discuss a sorites for a way out. At the moment, a serendipity is making sense, a call for On On from far away on a cemented pathlet survive the hashers out of courante of non sequitur, moving forward for a short time, at a turnout of Open Check, spreading the hashers to explore, soon afterwards Just Yogi spots a mark by chance on a slope and only one way up the hill.

Ablest DH takes the way to clamber scraggy hill road, two flanks overgrow with withering shrubbery, to be honest, being hard-pressed to more rough upland than flatland, gritting one’s teeth to challenge the limit, while having to sit down for a break and catch sight of a far scenery that transfers into a kind of meditation, at times glimpsing bits of geckos to scamper around and makes dry fallen leaves whispering. Very soon hitting the hilltop and turning to descend along a sandy trail, On Your Knees shrieks to lose her footing. Hard To Live With and PB start to be topless. Transylvestite has to hobble down for standing firm. On steep downhill path, being slow to a standstill. After tough part, with inertia, filing out one after another without any shadow of the locals. Balling the jack thru some vegetable fields and streamlet where a gaggle of ducks are milling around, Just Bo has became a walker or scenic spot of mountain area attracts him to amble about. Crossing a grove to see a flock of dirty sheeps pasturing with a villager. At another Open Check point in open space, it takes long time to locate a sign in a distance and next track down easy marks one by one on ridgy earth aisle in many vegetable patches, once landing a highroad on bridge, a semi-busy intersection manifests a peopled town, Hash bus is parking in face of a big restaurant with English logo. Hare and walkers have taken a rest for a moment.

Iced drinks, the crackers and snacks relax the fatigue of hashers for 20 mins and then a last group just appear like NP, Fire In The Hole, No Beer Required, Breakfast Included and newcomer. Prancing Queen gets out of his way from Shanghai to attend this Boxer Hash as a walker because he must save his energy to race a Beijing Marathon tomorrow morning. A celebrating circle takes place next to Hash bus and restaurant hosted by Boxer GM, PN. Easy Rider volunteers BeerB**ch to serve the hashers. Unassuming Benz Over and GrassHopper (Tianjin) quietly indulge in joyful ambience. KMML has to sit after the hashers hail him to drink in circle a lap by a lap. Many hashers’s T-shirt got sweat stain. But WRW’s T-shirt prints out a big circle of sudor on chest that doubts where his sweat is from. A local funeral parade passes by Hash circle and their local instruments that strike up a tune overwhelm Hash songs. PB’s conclusion from meditation on trail: the focus is based on the love; the seriousness is based on the duty; doing the Hash has these both ways. OYN goes to bus for nap in the middle of Hash circle and catch her into circle and summarize her way that has been barbeque stopper in Hash circle: never admit what she said and did. If asking her, always answer with a giggle: I forgot it. A kind of victim! Before the evening, the hashers do justice a sumptuous local meal in spacious space. On way back to Tim’s, the hashers on bus troll an astral Hash song for long that is impressive, such as COV, DH, PQ, ER and WRW. Boxer Hash make the most of hashing bohemia and congratulate on KMML’s 10th anniversary of Boxer Hash.

At 3:20 Sunday afternoon at hashing restaurant downtown, Just Mike asks PB this first time is like such a situation with no GM, no RA and no hares, only a few hashers, they are Camel Toe and Baby Got Back bringing their burbling baby boy and baby girl in double seats pram as a hashing family visitors on set time, 2:45 p.m. Later on, RA, LIM&S and Crash Test Dummy come over and behind them some like Quid Pro Blow and Just Zack as newcomer as well as 3 hares who explain they all stay at the subway exit to pick up the hashers, no one hare in restaurant. By the time GM, Dazed & Confused makes a phone call to hare, for he’s sick and cannot show up for this Hash event. Latecomer is Hot Down Self, plus youngest baby boy and baby girl, all attendants are 14 hashers that are smallest group as ever before. 3 reasons: 1) yesterday Boxer; 2) this morning Marathon from 8 to 10; 3) major reason: heavy smog. Before starting to hash at about 4 o’clock, PM2.5 shows 350 around. Highest PM was Marathon duration that blew hot and cold around 400 and heard some are hiding in Paddy’s bar like DH and so forth. Spaced-out sky seems to being changed better.

New finding for polluted air: ‘because too much people may be farting at the same time and from different holes.’

Merely 4 runners are led by 2 running hares, Finger My Dough and Hebei Horse Herpes wearing a mask only and groundbreaking status, 7 walkers are guided by walking hare, Just Jasmine that also first time walkers are more than runners. Another new indication is CTD commencing to run (many times he demonstrated to shoulder certain vital role, pay homage to him!). Being self-involved to kick-start along with residential zone with clear chalk mark. While many locals observe the hashers, persuading, “It’s been polluted, don’t run Marathon any more. ” Reaching some Open Check points and Two-Ways points, it’s important that 2 hares still dog behind 4 runners. Cannot get lost for sure. LIM&S, Just Mike and PB keep alternate position to lead the way block by block. CTD plays to pinpoint the sign by his eagle eyes. Naturally hitting first beer stop on sidewalk and awaiting the walkers by selfie and talking and drinking for 15 mins. QPB checks PM2.5 on his phone, amazingly shows 211 that has been normal standard for outsiders. Wind shear is working?

When rolling on, LIM&S shouts with merriment, “we got fresh air!” crossing footbridge and traffic red light. An eco-park for ticket meet the eyes of hashers. HHH advises the runners can take time we have enough time now. Sparse locals walk and jog in the park where a big natural lake settles in for long history and also this’s a terminal of waterway in this city, striding over a wooded mound and arched stone bridge. Fetching up a Hash Hold at lakeside that look into waterscape in a distance with wafting haze, once seeing normal air, as if eyeing diverse frolicsome birds hedgehopping back and forth on surface of lake, such as bobolink, oriole, towhee, yellowthroat, bluebird, goldfinch and wren. What an ashram! Hellish weather no longer comes back. Upon arrival of walkers, all hashers have a few group photos.

Runners trot along the bank of a snaky long canal with obvious marks until getting at another entranceway of park and running hare catches up with runners ahead, once being out of boulevard park, second beer stop is digged out with the help of hare. The locals constantly query you are still running Marathon. When walkers and runners get together, CT phones to DH for blaming to bail on the hashers today. HHH eulogizes Beijing autumn foliages altered into red and yellow to lovey-dovey beauty and take a little breather and kick off homestretch ushered by FMD because street lights has gone on. Coursing along bustling streets and part of dirt trail and traffic red lights, turning left and left then rotating to restaurant in the evening. Just Mike flips thru his phone for PM2.5 that still indicates 211 and leaves without circle and Hash food as usual as his way.

Hashing circle continues to proceed before restaurant presided by LIM&S as RA according to Hash process one by one. CT’s right arm hold his baby boy and left hand joins the hand of his baby girl and lead some Hash songs. The part from reminders like CTD and HDS. Seems to inebriate has been otiose thing. Just Jasmine made her profound impression to the walkers on the trail that sparks her Hash name suggested by CT, QPB, etc. After a spatter of debate on that score, she’s reputed as Up Down In Out by kneeing down in circle under a beer shower from other hashers’s blessing with particular Hash song. In closing, LIM&S organizes a chorus of Swing Low with hashers in 5 versions. From the spot standpoint, fair to middling, 14 hashers put it thru to the credit. 11 hashers take their fill of local palatable dinner in cosy upholstery indoor.