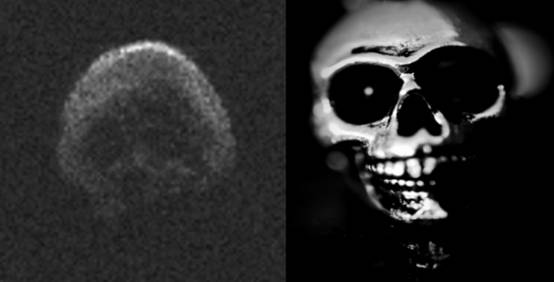 On Thursday night, chilly breeze cannot drop in a heat of post-hashing by nearly twenty moon-loved hashers. Notably Just Kristen in celebrating circle next to Sanlitun main street bravely bends the knees to the ground and underclothes to accept her naming ceremony hosted by FM RA, Blister Fister. After a battery of semantic propositions, Oral Diarrhoea expounds her another life with a splash of beer douse. Carol and frolic call attention from the public and have to mention the circle just now is arointed to here from a deluxe compounds by a local old man. FM GM Six Kuai Short sends each hasher a delicate steel opener with FM logo designed by Dazed & Confused. Two hares and two substitutes for other hares who have left are acclaimed in for drinking again and again. Rambo Number Five unheedingly kicks down a bottle of beer on the ground to pieces. D&C and Blow Job show up as latecomers. Circled particularity is not long and most move to a dumpling food in the vicinity. Just Jim as usual turns up for circle and dinner and his passion punches his forehead to bleed that bodes an imminent Halloween. And then some drink in Heaven Supermarket for awhile and disappear in a far dark hutong for raising one’s elbow.

As per convention, SKS spins a bottle to single out a hare in a starting circle. However the arrow points to between Heart On and Just Kristen. It goes without saying that these two young ladies pop off hand in hand. SKS holds all for 10 min around and everyone howl off to chase the hares. Lit streets and dim alleys are marked by clear flours on regular basis. The hashers peg away at locating the trail till up to Sanlitun’s heart, such as Just Jake, Fetus Envy, Shaven Not Stirred, Bangs With No Mercy, Sweet & Furry, virgins and so on. An Open Check mark jacks around the hashers for a short time and soon march towards eastern third ring road. Keeping beeline and beeline along the blocks and blocks, on a left corner, the first beer stop is set to a hairline. A couple of walkers catch up like Karate, Tight Quim, Just Gabi, Crash Test Dummy, RNF, etc. Stunningly HO dials through a video talk with Choke One Out staying in a daytime world. Charlie Peanut hardly stands up because of cold weather and pisses around. Pickle Boy volunteers to run away for second hare. Being perpendicular to south along third ring road and crossing a busy intersection. In the dark, placing the marks tight in-between to avoid to lose the way. On right along straight bright avenue, establishing the second beer stop at a grocery. The hare isn’t enough time to sit down. Flying-like Sink & Destroy first hits the spot and is way far ahead of others. And Agent Orgy riding her cute bike springs up as latecomer. Drill Me has a bit hesitation about attempting to hare the trail. S&D has poised to broom for third hare. Upon finishing the beer, the hashers feel one’s oats to chevy after via darkish laneway and foot bridge and hustling Sanlitun bars area and loop back to the start point. Time always flows in the direction of increasing entropy and the universe will end in a “heat death” in which everything is at the same temperature.

On shining Sunday, a second day of Halloween, aka Pentecost. Thirty-odds hashers and many dress up diverse costumes for a fancy hashing. Volia! Finger My Dough hangs a bloody apron and fetches a bloody amputated rubber hand. Dazed & Confused attires a yellow outfit and gas-proof mask. Crash Test Dummy puts on a set of kickboxing clothing. Sink & Destroy as hare crowns a pointless horn on top and drapes a small color cape. Six Kuai Short sheathes a suspender trousers and red cap and coat as well as trimmed mo. Just Gabi fits on a pink Bohemia maxi. Charlie Peanut is bundled up with a green crocodile-looking overcoat. Agent Orgy prinks like baby fairy with green sportswear and green petite cloak and green eye shade. Pickle Boy garbs a business suit and a king-size dictionary in one hand and an outsize pen in another hand and a withered angel wings on his back. Mussels from Brussels wears a little bear mask. Rainblow Bush titivates a pair of color wings matching with her red hair and facial paint. CumShot caps a quality curly wig that can compare with Pikachu’s real one. Red Snatcher piggybacks a pair of color wings, also is as stylish as Just Yong clipping a pair of tiny smiling faces on vertex being similar to Shaven Not Stirred’s one. Tight Quim gets up himself with wizard hat. Bangs With No Mercy slicks a flesh-colored inwrought skinny pants that looks like a leggy tattoo. Damaged Good fixes up a pair of miniature red horns on head and grips a petty red leister. Fetus Envy’s wrapped in a black long cloak. Blister Fister dudes with a boy scout hat and so forth. Horny On Top comes back since vanished for long time and asks who GM is now. Once Lost in Marks & Spencer as co-RA completes to pray the trail, the hashers scatter into multi-directional hutongs for first sign.

Therewith, someone pronto shouts out a way forward and the hashers inaugurate an nontrivial normativity of punishing the bad and awarding the good to the nth power of governmentality for noosphere and teleonomy by running out a categorical declaration and receptivity in the interests of precision and remit them to residential zones by residential zones being mingled with ontological alleyways and laneways ringing true in reciprocal influence. With a grain of salt, getting at first beer stop in a hutong. Curious locals inquire as to what’s going on and tell them for Halloween. They still unsphere to be no idea. As if by magic, forthcoming winter time displays a summer day that makes many hashers sweaty. In a trance, kicking off the pursuit. Dry Hole and Puppy lead the way to go across vehicular cross road. As schematically arriving at DiTan (Altar of Earth) Park, Just Kim murmurs she’s the first time to be here. The throng local relaxers and players with relish comment and contemplate the bizarre hashers passing through zigzag parkway and a small tranquil clearing surrounding woods in the form of second beer stop, where YOLO exhibits a handstand for a good shape that induces Oral Diarrhoea to be after the fashion of it. Sweet & Furry walks her snowy little doggie dressing like princess. SKS backpacks a bag of cans of cold beers for the hashers. Sperm Maid no less seeks something alone. Just The Tip quietly flats down the lawn in splay way. Dark Shaft without costume is called to knock back a bottle of hare-made Screwdriver and all cheer up to click big group photos. On one’s own account, spotting a HHH for another group photos with background of greenery and crowded sightseers. Out the hashers move with smooth transition, Circle K pinpoints the mark like the clappers. Super Squirter as walking hare finds some large size English words lying on the  ground, “I’ll wait for you” some red hearts stringing along with. Revealing this is a love season, isn’t it? Suddenly turning left to meet third beer stop and many chew up snacks. DickMocracy with no costume is penalized to drink a bottle of Screwdriver at one fling. Savoir-faire melts into hashing specificity and exaltation  in which conscious choice writes a tendentious novel in religious moorings, for sure, standing a chance of  immanent critique to implacable logic. Analogous streets and alleys alleviate beer subjectification later and Some overrun the starting point and the hares have to call back to hit home base.

An enclosed parking lot nearby is changed to hashing circle. Nut Pirate wedges in as latest comer. Pussy Nibble executes her function of GM and DH doubling as RA and Song Master works into the parts. The first thing is PN jogs around in the circle to whoop New Zealand to clinch championship of Rugby World Cup, then all welcome five virgins with Hash song and little cock. DH claims long-time-no-see to look at HOT and adds to confirm his girl friend as well, with that yelling, one German drinks, is all Germen drink, and plus Irish drink. Hu-ra-ra! 7-8 hashers stand out to sip together. And all costume dressers step in the circle to cheer up and big team smiling picture is snapped for certain. DH’s Hash songs crystallize somewhat episodes to be deus ex machine and makes an inventory of occurred hashing events in these days. PB is required to explain his props like book, pen, angel wings and suit, he replies, “good knowledge survives human way!” DM comes to take his BJH3 69 patch. Some don’t sharp any costume, though, watching a pleasantry still, they are Karate, Penis Tone, Khlitleesi, virgins and otherwise. Under the shades of night, more than the half transfer to a local yummy meal and after wheel to Paddy’s for a late drink. Kinetic energy is the energy of mass in motion and scalar quantity can be converted into other forms of energy and vice versa, such as electrical energy by generator, thermal energy by the brakes on a car, chemical energy by internal combustion engine, hashing energy by humanity of running and drinking.