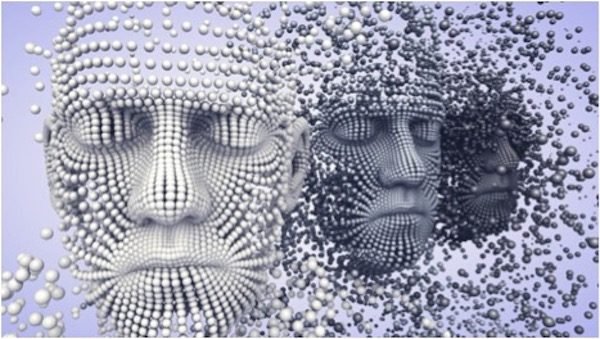 4 things you can do to cheer up according to neuroscience. Getting your brain’s attention; dark emotion actually must be named to defuse; you’re the decider; the power of touch.

Zeigarnik effect states that people remember uncompleted or interrupted tasks better than completed tasks. The celebration circle has got along the greater half by all the beef to the heels – over 40 hashers at a walled empty lot in a fair day. When calling on “accusation part”, a flashing police car pulls over and 3 cops stop the hashing circle. As a matter of fact, that the local policemen came to close the hashing circle has happened many times before. But this time the hashers still bewilder how come the cops turn up. All at once the hashers start to disperse and many move on food. Sweet & Furry points out a sign in Chinese merely, “No Entry”. Then the hashers take a tumble. Perhaps the property owner called police because the hashers hog their land. But no any person come out to warn the hashers like before. The fudge factor is that some locals always don’t like the Hash culture due to the sealed mind, even more language barrier.

Prior to the above episode, this Hash event makes the hashers relaxed and happy as usual. Agent Orgy contacted Hash Beer Sponsor Vedett to come back anew. A carton of Firestone DBA entertains the hashers. GM Blister Fister and RA Six Kuai Short by turns hosts the performance as per process. 3 hare RoadKill, No Shit Sherlock and Danger Zone did the hashers the world of good with typical hashing trail and down down several times together in the circle as well as suck-swallowing a cock of shame in rotation. 2 out of 5 virgins stay to join the circle for a welcoming ceremony. Algae Bra wins #25 running patch. Dry Hole scores #3,333 running patch. Of course the number is a symbolic googolplex for his contribution. Blow Job wearing leather jacket and a headset looks like an astronaut and waves a slapper to keep the circle in order. AO dressing a green robe with sewing up swarms of running patches matches up the patched hashers Dazed & Confused and SKS. Ass Tonguer and Damaged Goods click photos. DickMocracy as latecomer pops in for the circle only. DH and Lick It To Ride belt out Hash Songs to twang passion of hashers.

With gallop rhythm, the joyful moods lend wings to the paces of hashers via the tracts of snaky hutongs where debris of houses bespeak a tough fighting in inter-antagonistic eye-catching Chinese characters on the walls, some circled-one-red-Chinese-characters each shows, “demolish” versus five green Chinese characters show, “Long life for the communist party”. A bunch of runners lead the way in some measure, such as DH, Hairy Gash, Slappy Seconds, Beer Wolf, Pickle Boy, Stoned Age, Hot Cockalate, Sausage Party, Chicken Shit, Lost in Marks & Spencer, Pussy Nibble, Just Sonny, Breakfast Included, Super Squirter, virgins, etc. Rummaging through a rock lake and Crash Test Dummy prowls to check the mark smartly. Almost every checking point, West Side Farter can rake out a trail at the end down the line. Hard To Live With all the time jogs doggedly. Principal Penetration lope his way through. 3 beer stops taken care of by Hash Cash Shanghai Man suit all runners and walkers to hobnob. The walkers include Bjorn Again, Transylvestite, Pikachu, Just Desmond, virgins, Charlie, Ponyo, Tyler and so on. HG’s shorts shows 3 rows of Chinese characters, “war is peace, freedom is slavery, ignorance is power.” Partway forereaching under a viaduct to restaurant through an unmarked trail guided by the hare. In the jampacked start circle, 2 RAs Heart On and SKS rarely co-bless the hares and trail that’s hilarious.