This weekend  (September 25th and 26th) the 2nd Annual Beijing Autumn Craft Beer Festival will be heldat the East Hotel grounds in Beijing, organized by our friends of the Slow Boat Brewery The focus of this year, will be on great craft beer paired with great food and music. A new subway station has opened less than 200 meters from the festival grounds making it easier for revelers from around the city to attend. All in all, in its second year, they expect over 5-6,000 craft beer and food lovers to attend from Beijing and around the country. 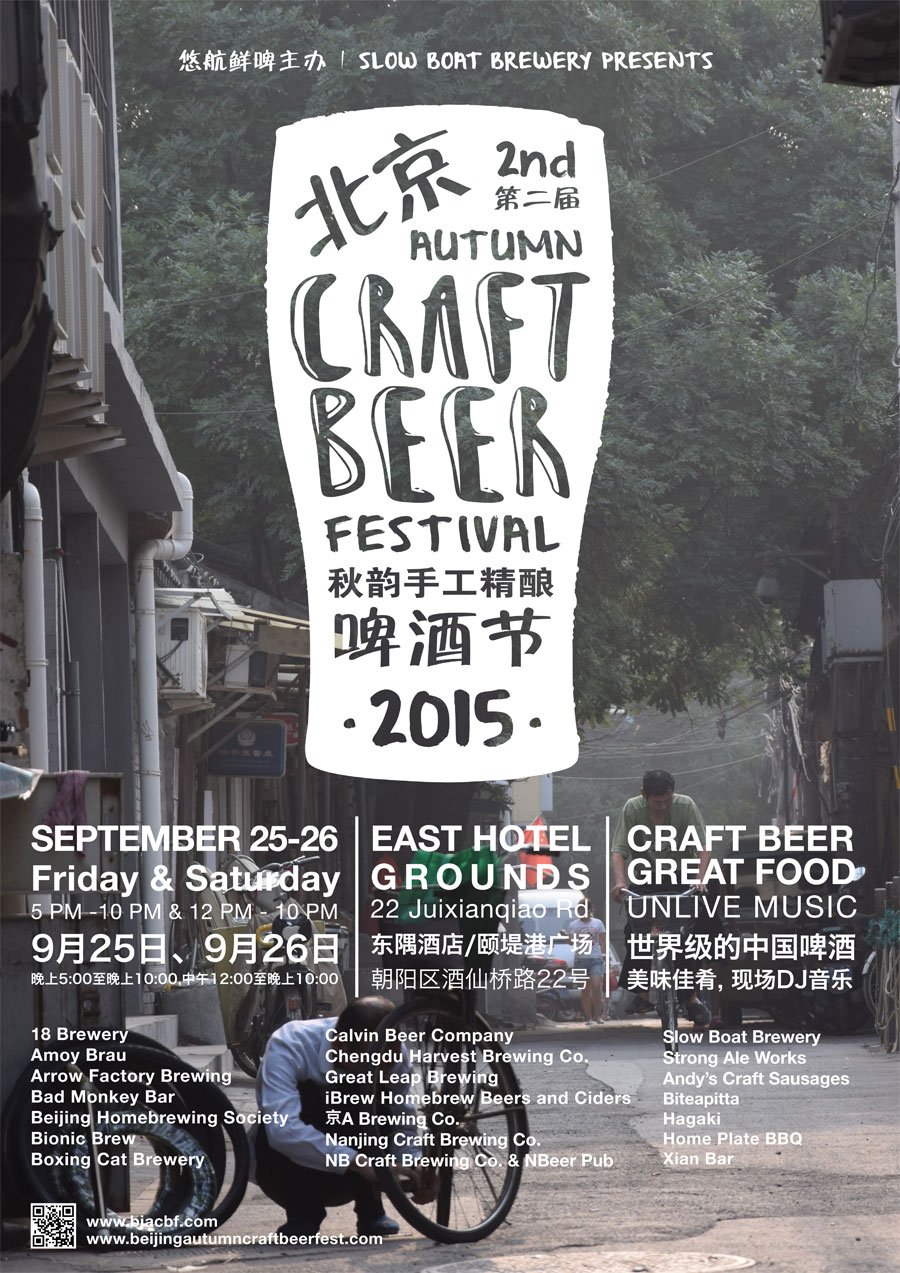 As is tradition, the Beijing Hash House Harriers, will be joining the fun!  The event is both in Friday and Saturday, but Hash Socially speaking, Saturday is the day. From 15:00 we will hang around Pretty Woman’s sausage stand where the glorious Beijing HHH flag will be waving!
There will be special discounts (and free beer perhaps)  for Hashers wearing haberdashery!!

BE THERE OR BE SQUARE!

The Beijing Autumn Craft Beer Festival was created by Slow Boat Brewery to support the growth of the Chinese craft beer and slow food movements. In it’s inaugural year, the festival is designed to highlight world-class local beers and breweries, while giving people an excuse to celebrate the harvest season with good friends, good food, and good fun. For more information visit www.beijingautumncraftbeerfest.com

HOW TO GET THERE (East Hotel Grounds)?

200 meter walk from the new Jiangtai Subway Station, Line 14 or you can take Uber, or Taxi, ot bus or bike…

WHO WILL BE THERE?

And the great food of: