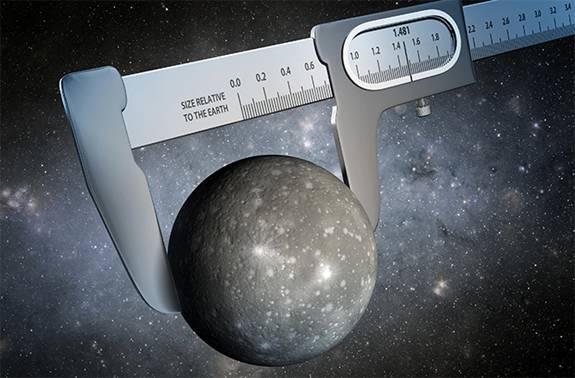 Gravity on the moon is a sixth of what it is on Earth. Someone who weighs 150 pounds (68kg) on this planet moves the scales at only 25 pounds (11kg) on the moon. Its gravity is so much lower because the moon is just 1% the mass of Earth.

Prima facie case for fresh air’s principal in the first degree is immoderate utilization of fossil fuel. The principal in the second degree must attribute to scotopic tradition, for instance, in cemeteries and temples, etc, by burning sacrifices to condole the past folks and pray for the future, instead of civilized flowers and the like as environmental symbol, what a spirit of self-immolation out of ignorance! There! The messiah is to change concept to terraforming operation. Save that an APEC summit has outweighed a boodle of nugatory measures to a vast blue celestial body. Over 20 hashers witness and experience a cardiorespiratory fitness in habitable new hashing area outside eastern 5th ring road. Thanks for Groot-guardians of the galaxy.

Just Alan in fine feather volunteers to serve the hashers as BeerB**tch. But each mug for hashers in circle is topped up with his manhood a bout by a bout, especially for 3 hares till reaching protopathic loss. They are Cums with Milk, Crash Test Dummy and Pickle Boy. Breakfast Included substituting GM and Lost in Marks and Spencer functioning as RA by spells presides over down-down-circled jubilation of hashing praetors in a parking lot right in front of hashing restaurant. A programmed presentation comes one after another for 4 newcomers, 3 latecomers and 3 long-time-no-sees with gift, drinks and Beijing HHH’s heartening songs. Whose Red Wienie, Waiting For It and BI in alternation trolls Hash odes towards relative potatory spectacles and so on. Before it gets dark, the most chow down a local food in a fancy and roomy space. Bon appetit for hashing bon vivant!

Standing under a sunshine and shade, there’s an extant feeling switching between warmth and chill. Hashing semiotic system and promptings from the hare lead hashing runners up to a botanical garden. PB goes kaput out of hare’s radio isotope in misguiding the hashers once at entranceway. Fall color in yellow and red broad-leaves painting whole enclosure being loaded on the twigs and land allures a host of sightseers to match this enticing hue with playing game and shooting wedding dress photos. Hunting hashing marks up to a wooded hill. The dermal interstitial fluid speeds up its discharge. The marks of Three-Ways and Two-Ways decelerate searching engine of hashers such as Just Yogi, Just Fred, Just Eric, Just Jin and newcomers. LiM&S always judges out a right bearing to be afront. Out of blue Just Chloe and Hot Down Self as latecomers break in hashing matrix. The hare has to postform and hint of certain sign to hashers to move forward. Tooting speakers of disco retired ladies engulfs calling for On On of hashers at Open Check point. The hare has to reveal a way out and down out of this thriving vegetation. Some mark skippers keep to check the trail, newcomers are still not accustomed to yell out the mark as they see it on the trail. The hare dumbs down untapped mark by dropping a tip again. Going across busy street with green belt and the mark of Beer Near surfaces easily and then first beer stop is located shortly as well.

Seems to be nineteenth hole with lubricating and clavering relaxation in twos and threes. Shaken Not Stirred buys a pouch of raisin to treat the hashers. Wait a minute. Her flamboyant rossetta on lip has seeped out of her labial line by her sweat. After a little, CTD as walking hare brings other 3 walkers like Hard To Live With and newcomers to show up. Being happy knowing no bounds. CwM gives a whirl to shout out Open Check in a cautious voice, which keeps hashers’s bodies humming afresh.

Along of structured blocks, streaking a bit long straight ahead, cutting through 2 traffic lights and making a turn on right and crossing a street and then hitting a Hash Hold being represented by 3 letters of H as a sign that’s squarely in front of 2 persons-high stone tablet that chronicles a local history at early stage of Ming dynasty in 1386 and surrounding dwellers stem from Mosslom at large and a big mosque is close to this stela.

“On left!” Just Chloe speaks out. Flocking to a wide crossroads, PB stretches out his 2 arms and 1 leg to signal the hashers Three-Ways per a mark on the ground. By the time Teddy Secret and Creamy Lips sneak off from Hash event. Put your back into it and move on the right direction suggested by the hare. Running a segment of beeline on sidewalk and turning right to an expanse of living quarter with high-rises of cookie cutter. After passing thru a winding trail, Just Yogi is first to spot a sign and then WRW and newcomer tag on to it, from another left turning, lugging out of this community and turning right to be a point of Two-Ways at small 4 corners. A handful try onto track of hashing trail and their calling for On On that can remind the strayers. Hello. Fire in the Hole never checks at any a fork road and for sake of saving energy, only to follow confirmed trail. While wedging into a zigzag market, the chalk marks on the ground have gone by the hustling pedestrians that cannot be found out by hashers. The hare re-marks the trail on the jildi. Calling thru a length, WFI has led the way and pinpoints Beer Near and second beer stop in succession next to a rushing intersection.

Smoking by Just Chloe, noshing baked cake by Just Alan, talking and drinking by runners only. CTD wises up by phone that the walkers just get to Hash Hold and intend to back to restaurant and dins CwM into ensuring a beer supplier who can deliver the cold beer to the circle site on schedule, with care, seeing that CwM is the first time to be hare, at least more independently. Apropos 10 mins later, 2 light tones for Open Check by CwM. The hashers take the road homeward.

WRW who gains a reminder by hare shepherds the hashers out of this warren to a lane for a hashing trail. Straight on, straight on a block by a block and making new mark for right turn and through a thronged market and turning on left for a while and on right anew and on left again and again. WFI and Just Fred are after the signs to guide the hashers to return to hashing restaurant, beyond expectation, as if spinning a leviathan carousel. To produce much more gaiety likewise is a pattern of vengeance.