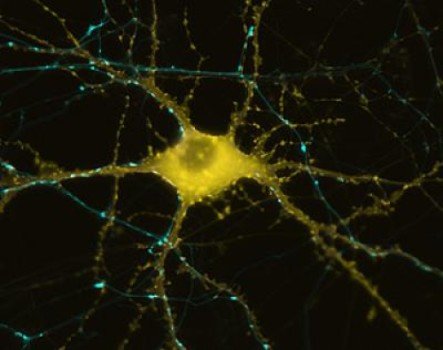 This is a human neuron showing actin formation in response to stimulation. Hippocampus is that neurons form the structure of a memory. Amygdala is that neurons determine the emotional value of a memory and recordings of electrical activity of brain cell networks. Human brain contains nearly 86 billion neurons.

Before-and-after 1673 years for Nov.15th might be bound to fall under a nodal point to verify universal symmetrical principle via massive momentary events, just as Hash activities being juxtaposed by the square in plugging away at repeatability with buoyancy for seeing through discrepancy in a line.

3 hashing aficionadas hold sway a hare regime to slick a hashing trail in slight chill breeze and crisp agreeable air. Almost 30 hashers become their overseers and beneficiaries after going through a spell of twists and turns by spotting pale yellow miniscule chalk marks in an irregular way in a new downtown. Who doesn’t sour the eyes?

Brisk campus, rockery garden, tranquil creek, expedite traffic, tepid leisure people, broad crossroads, applicable footbridge where the hashers hurtle through, with getting stuck for most points of Two-Ways and Open Check, until hitting first beer stop at sidewalk in a quiet clean street, where a cohort of hashing walkers sit on curb to bask in sunshine hared by Sink & Destroy and Just Marj. Some take a leak. Talking and drinking as usual. Pussy Nibble registers a weary look from Boxer Hash yesterday;

Before reaching second beer stop at a sidewalk, coursing on long length of avenue with heavy traffic and throng immersive environment, a bulky overpass posing scatter-brained judgement of the hashers. Straightforward trail that desiderates to have a break with mindswander. Making 2 turns to meet up the walkers who once again outpace the runners to have down-time for a relaxation. Bjorn Again’s as happy as a lark.

Lost in Marks & Spencer marches forward in search of every nook and cranny for a clue of sign vanishingly;

Whose Red Wienie buffets about the trail and must run faster for warmth towards those who just put on T-shirt and short pants, Pickle Boy alike;

Transylvestite more than garners direction-sense by opting for right pathlet to be in the lead;

Just Jack somehow stirs up a latent fountain harness in a cluster of dry lawn to spout out a strong water column while he explores the mark there;

Running hare, Chokes One Out, doubling as watching any move from the hashers jacking in the space with self-effacing mark, who has to point a way for desideratum in zero hour without batting an eye, as marking positive trail;

Just Alan spares no effort to run ahead functioning as a far-out captain and laying finger on sign at any vital turning with manful voice for On On calling the hashers off the hook;

Delightfully observing Crash Test Dummy rushing all the way not a halfpenny the worse and serving the hashers as kind as he can by collecting Hash cash, selling Hash Haberdashery and photographing the Hash big-time;

Karate brings his whole 4 family members to walk along the trail over the moon and in circle, all of whom have to drink more;

Shaken Not Stirred with habituation carries on a fashionista further with dressing up tights attracting glom galore;

Some always keep out of touch from beer like Nut Pirate, Just Bruce, Who’s Your Dada and newcomers, etc;

Weather exudes extra niceness that seems to be a mixture of perk and extenuating circumstance. Cyanobacteria has long been sought-after as oxygen-producer if and when it comes to dire need. Half in moment, along the wide busy streets to rotate to alive campus unawares and soon clinch the hashing restaurant. Urine Trouble pops up to be latest comer;

A deep-time circle right in front of restaurant and next to a hustling road. Dazed & Confused as GM and Comes On Vacation as RA by turns hosts a battery of hashing grand occasion, e,g., 6 newcomers, 2 latecomers and 3 long-time-no-sees with Beijing HHH’s fine tradition accompanied by quintessential Hash songs, some led by Breakfast Included; Take It Assberger pumps in a magnetic Hash song as well with COV that blows a whirlwind of Boston; 3 girl jock-like hares are irrigated by beer over and over for sure;

Climax is under guidance of COV based upon RA to name Just Alan as a jolly d hashing title known for Major Golden Shower in baptizing his topless masculine on his knees barefoot in circle with beer shower from hashers’s blessing, which’s a grandiose go-to; afterwards some tidbits go on, ending up with Swing Low by COV as cantor to belt out with all hashers under high-gigawatt eyeballs in public.