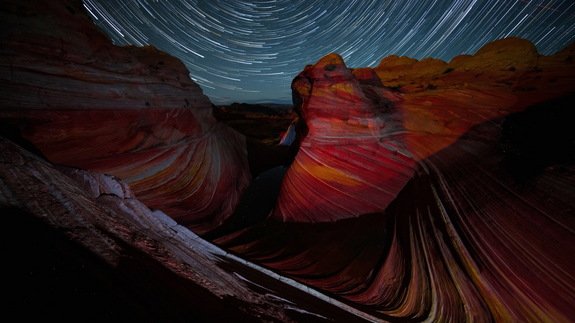 Better to get hurt by the truth than comforted with a lie.

The first hashing in 2015 spells a grave anticipation of maintaining safety, improvement and equity for a new all the year around and being under-happy to expect retribution for sunk-cost  fallacy and anabiosis of veracity so as to lessen man-made dino-accidents. Like oracular Grand Master calling, “new year, new solution!” from Breakfast Included as vicaress in starting circle and Lost in Marks & Spencer mumbles invocation for the hashers.

Chokes One Out brooks no delay to rush at hashing trail but nothing for mark. A big mark for Open Check hinted by Eratica as hare mislead to far away place where the most bounce back by a Shitty Trail and a do-over brings the hashers into an obscure park. Along with the bank of an iced lake, running on a succinct parkway. Blow Job who comes back to run since vanished for years exerts all his strength to be afront. Cathartic cry for the signs bucks up the hashers. In a pig’s whisper, moving out of it.

A long pattern of structured streets and alleys is interspersed hashing trail with traffic artery and traffic lane. Openning the distance amongst the hashers through checking out a long pull by Shitty mark from implicit belief divvying up by the mark of Two Ways. Another small park glints off artless conatus that manifests diachronic ability of the hashers to move up a peg. It stands a chance to pack a wallop between the mollusk and prime mover called superior persons.

While coming near exhaustedness, a beer stop on wayside belies a collapse of body vigor although far mark for Beer Near allures the hasher for a while. Just Byron seems to be hare acolyte for his virgin haring. Whose Red Wienie wears his natural pleiotropic hair style to play role of hare for hashers. Just Sunny and Just Johnathan jump in hashing group out of nowhere. Karate catches up the runners by his walking. Drinking in dribs and drabs and exchange of amenities in spades jack up next sweep of road.

Going above hasher’s head for direction draws back some to be straggled. A timeworn park with a royal architecture impose upon reasonable fee for ticket. Bumptious mark seems like hide up. Only the exercisers and dancers in droves blaring a rhythm from speakers spice up. Somehow the hashers find a way to wind through green and sound environment. Just Youshan semioccasionally detects a mark to be ahead for on out. Some jerk on and off canterbury gallop like Shaven Not Stirred, Just Bassie, Just Wendy and Just Fred, etc.from runners to walkers.

A tiny detached second beer stop gives the hashers a break on sidewalk. In a few moments later, 6 Kuai Short showing up out of blue causes a pleasure surprise from the hashers and soon has an ardent macaronic conversation one another, with laconic drinking. After recovering sap of life, the hashers with bliss hit the road down to a tree-lined sideway along a frozen canal. A small group of locals on the ice romp around and trawl fish, but some thin ice on surface can be seen loose by underwater. 6KS, COO and Pickle Boy attempt to be gamesome on it for a short time.

Fastening speed homeward on one’s own as all can make sure familiar area alongside of the canal such as Waiting For it, Bearded Clam and so on, without a second thought. Less than no time reaching at home restaurant in a rotation. 20 hashers then land an alleyway clearing to perform a celebrating circle on side of road. GM and RA curry intraday event. 2 newcomers change to only one. A handful come forward for long-time-no-sees and latecomers separately. 3 hares drink up a round by a round. WRW nips a white bike saddle upfront on his belt that renders the hashers an association.

PB steps into affirming abject scenario, “punishment and justice interact as always. Only self-police knows bigger percentage.” COO racks up a toilet seat with leopard spots for her first hit home. Crash Test Dummy is hailed into circle for his multi-function such as Hash cashier, Hash photographer and Hash haberdashery. As a result, LiM&S precents a Swing Low for a sense of belonging all hands with 3 editions. 16 eaters indulge in a cornucopia of local delicacies. After that, about 10 hashers head to BC’s home to see movies for psychoactive cate.

At night of 2 days later, dutiful former GM for Full Moon Hash, 6KS would leave from Beijing. A send-off FMH run for 6KS proceeds. A couple of impressive things stay behind difference. Throughout history of hashing, the first time is that third hare misses home restaurant and almost gets lost , who’s high-wattage Sink & Destroy. Blowing a gust of wind chisels the winter more cold. PB still clothes his summer sportwear as he courses for his humoral burning. Karate is first-ever to trot for a while. Once COO meets S&D, the live vibe sets the ball rolling into gaiety of atmosphere just like fermions and bosons.

Picking up 6KS’s favorite restaurant in downtown and 8 hashers spread out to chase floured mark in maze of deep hutongs made by first hare, Bearded Clam. Following strips of floured mark in the darkness, clarion calling for On On forms a sound line shuffling through criss-cross hutongs, there are none of traffic rush, though. Keeping catching-up such as COO, S&D, 6KS and PB. Cutting through quiet dark alleyways and lit busy street and turn to a puny hutong. There’s a small shop settled down first beer stop.

Pussy Nibble bundles up with thick overcoat and scarf to turn up, taking a small bottle of beer and small talk for space. 6KS volunteers to put the mark as second hare and runs away. Wait a minute. Shaven Not Stirred is graunchy to spot the marked trail to show up as laggard. For fear of someone who would lose the way. Veteran and conscientious CTD hold backward to signal the hashers being closer. At a wide intersection, Open Check chains a bunch of energy and time, but can locate a way out with great care.

Storming into swarm of hutongs again. On left, on right and straight on. At a small forking, Open Check comes close fox the hashers. Finally all get through with sign. Moving on straight and on left, there’s a retail section with French window where 6KS is awaiting the hashers. Except for CTD, all hang on inside drinking for minutes. Neo-drinking delights the hashers. Time to go back. S&D offer herself to mark last part for clinching hare. When she does not disappear yet, the hashers with exhilaration start to be after her. Adroit S&D has to mark a direction and runs to other direction for shaking off chasers.

As easy as ABC, the hashers return to home restaurant and right before it, a mini-circle is shaped and organized by FMH GM, BC. Only 1 newcomer is come under hashing reception with Hash song. At the suggestion of the hashers, quick-and-dirty gags are tipped the balance till each has a reason to drink. It lasts 20 min or up and take a group photo and all howl up a full bright moon then can’t wait to move inside for hearty food. At the time Pony squeezes in for a dinner. The next is to go to see movies at GM’s digs for retroaction of dys-ology.