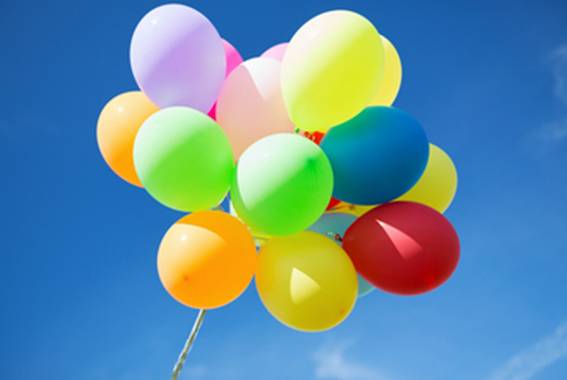 Foreword: Hasher’s equipment is being expanded to other events for drinking and running, such as Jing A Beer Mile on Saturday, the hashers demonstrate the upper hand and fun-loving trait in over fifty contestants. Twinkle Balls won men’s title; Dry Hole disported second runner-up; Sink and Destroy crowned women’s champ. And then many hashers headed to Great Leaps bar to amuse a farewell party for Fire in the Hole. Friendship is literally established in sportive and recreational fashion across-the-board. Way to go!

The next day is a hashing day on Sunday. Fine words butter no parsnips to hashing trail. The hashers have to plunge heart and soul into groping the hashing signs to play up the contrast between physical limit and the destination in the scheme of things. To take the edge off the pain in the course of time is nonissue. A rustic retail department as first beer stop in a crisscross village-ish milieu holds up around thirty hashers for fifteen minutes or so led by pacemakers like Heart On, Red Snatcher and hares in order to wait on a few walkers from civic center through Sanlitun bar streets, winding business structures, low-lying echoing compounds and whirring avenue, now Hooder’s Brother blaring dynamic music spices up the scene; Karate beams with cheese and newcomers; on strayers, now Agent Orgy and Comes On Vacation yoking to wire-haired Jingo lost their way catch up accompanied Black Hole as running hare and Nut Pirate as walking hare after imperative phone calls; also on latecomers, now Dazed and Confused riding a geared bike flashes in smartly; now DH skips over to the spot, in the wake of May not Come and Comes by Herself by razor-thin margin. Loosey-goosey talk and lovey-dovey drink in a wind-blasted sunshine once in a while, later on, CoV on her back as RA yells out, “Open Check!”

Mischievous glint in eyes of Shaven not Stirred playing major hare implies the hashers on the ball sticking around petite rough hutongs for the hares’s encrypted message at the time of being off-kilter without rhetorical question. The more nerve-racking mark is found, the more confidence level for the hares is raised. Not long after moving into a stretch of open garden in high-rises community intimately, Chippendale and DH alternate with taking the lead on ups and downs of an embellished highland, then cutting through a commercial area under a mammoth canopy, taking a while to check the points of Two-Way and Three-Way along the main streets. The marks usher the hashers up to a marble bridge into a high-stories striking shopping mall and crossing through an air corridor where an array of lurid lanterns redden the sensory organs of the hashers in which black and white over-the-top tallowy sheep are dotted and lined in passageway, true to nature, and two trim-sized bulls hanging up in mid-air at outlet seems to speak of the likelihood of impossibility, which solicits a multitude of hush-hush discussion in the best sense of the word for pre-heat of Chinese New Year of celebrating the year of the sheep.

Once coming out of the indoors, irregular way to marking the trail put a premium on another abject failure from which to jar the hashers out of complacency. After long-range forecast, Just Yogi has the pleasure of charting out a hard-boiled sign called Beer Near at the end of alleyway that kindles enthusiasm of the hashers then and there. However thinking the world of the hares’s unstinting generosity to enlarge a long-distance trail to second beer stop a block by a block from BN for extending and tantalizing the passion of the hashers as a kooky prankster or for lambasting the hares’s grievous lapse in high accuracy?

In respect of flat-out antinomy of hashing mitzvah, there are merely six hashers keeping drinking cold beer. Shaming on its goings-on! HB’s inviting mini-speaker attracts some young hearts of the hashers to dance together on sidewalk when others in twos and threes converse. Rabbit, Just MengMeng and newcomers remain much more watching the people in free-for-all social contact with gradualism of rotor. And having sight of sporadic running buffs going by the hashing matrix, Puppy and Jingo grow fonder each other at the very most; Crash Test Dummy pulls weight to photograph the hashers; Hebei Horse Herpes caters to make the poses for it. Does somebody spy CumShot to shop or not? Just Paul and Pickle Boy reckon on details for their haring trail for next period; at loggerhead over wasting the beer and then hitting the road.

Specific to homeward trail right along with avenue, anon running into Work’s Stadium to make an arc track to pinpoint the eastern gate out and crossing the street to reach at home restaurant located in a row of colorful business buildings. Only restroom is morphed into an inconvenience by finding a way behind buildings, worse still, a decorated public lavatory has been lack of cleanup at regular intervals and looks like obvious nasty beyond normal mind. Other two walkers missed their way turn up for a circle such as Bjorn Again and Margaricunt. The well-rounded drinking circle is anointed at an empty sidewalk behind restaurant building. D&C for GM and CoV for RA conduct circled performance in order.

Highlight is that AO obtains leopard toilet seat for her first arrival of finishing point and extra reward is a huge sapid diaper topping her head as well; Shit Face Cock Master triumphs her Beijing HHH 10th run patch; DH who caps a cowboy hat and wears a pair of aviator glasses as well as Beijing opera’s mustache as if his guise represents a complex of West-East and Past-Future hands out a small bottle of Chinese liquor to award some hashers with tipping a tass; Just Youshan is called in the circle for his leaving to drink; two girlish newcomers are greeted with Hash song, present and cheers from others; without doubt to humiliating acts for more tit-for-tat “accusation time” leave the hashers cracking up, in no way, there’s an insane amount of money to pay “the law” and “fancy pants”. Horny on Top springs up as latest comer. Betweentimes the hashers make the holes for the passers-through to and fro, certainly have relevance to other hashing decriminalized titbits. What to stack the odds in hasher’s favor follows a choir called Swing Low andante and allegro precented by CoV for canonist-like RA in the end. Nine hashers substantiate the different local noodles in otherwise environment by scoffing up.