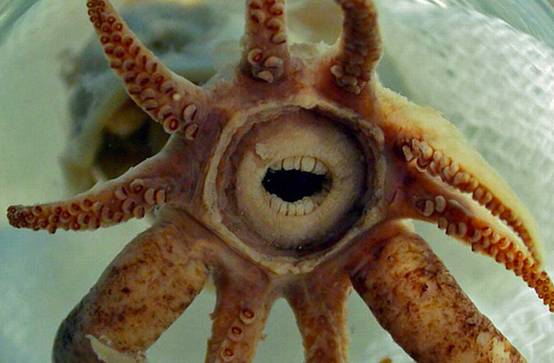 Human-mouthed squid launches into the oceangoing voyage to quench thirst

Many hashers knew very well about a game of Big Melon and Small Melon brought in the hashers by Creamy Lips that started to relieve summer heat for over thirty hashers in which to accommodate two hami melons at first beer stop and a big watermelon at second beer stop and a virgin, Just Sophie rendered an impressive cutting melon show that’s predestined to a foreshadowing in the latter circle rite. And how! heaps of bottles of perished beer and water are the breath of hashing life. All runners and small team of walkers gathered to effervesce with fine time at both beer stops.

Indeedy! Dry Hole played rakish hashing gumption from A through Z, e. g, in the starting point, he functioned as Religious Adviser to bless the trail and the hashers, which held appeal for a bishop with full of zip; in the trail, he bore the brunt to lead the way ahead although misjudged the direction at times, humped himself to be a pacemaker posthaste coupled with his lilt; in the blithe circle, he wore a milky cowboy hat and its flank brims curled up and front brim lopped and his neck hung down a whistle that beamed an outright swanky; His RA’s correction capability dipped into his talent of clairvoyance once and again by taking out a list to rectify in the order of six hashers’s acts vis-à-vis for a Grand Justice; Went without saying, SongMaster by all means befell his resonant Hash songs one by one that seasoned the site with swinging climaxes a lap by a lap.

It’s worth mentioning about two Hash Holds well-designed by three hares because they were Comes with Milk and Extra Dry and then Fetus Envy (walking hare) as if oozed an evolution of embryology, where these places were concealed in bushy green belt on meandering hummock on road side, the first one was diverse Greek-style stone pillars erected to form pantheon-like exotic myth and all runners got group pictures; second one was a god-forsaken rusted prodigious iron wheel of fortune with some remnants of Chinese twelve zodiac. West Side Farter made a big stride up man-high concrete foundation of this hidden landmark, Oh Shit! He did trample over a stain of erratic stool; Just Ben and Just Jonathan and so on in turns jumped on as well. Clicked the photos for all runners for certain. When moved down denser woods out of the way, the more smudges of wizzled stools reminded the hashers to edge forward and hurdled a parapet, but pungent stench quickened the pace of the hashers.

Junior Phantom as youngest hasher had been able to toddle, nursed by Phantom and Taxi Ride Her who all visited in Beijing after two years, in the trail, he still needed to repose in his hashing pram powered by Phantom’s manpower drive, quiet adorable!

Some hashers the whole time pegged away at searching for the marks like Just the Tip, Just John, Just Seson, Transylvestite, Spermaid, virgins and so forth passed through the residential areas, main roads, countless crossroads and foot bridges, betweentimes, a cascade of ripping calls for On On activated the trail. Upon the point of cutting through indoor jade and jasper market where Shitface Cockmaster seemed to find her inductive stone for a picture. While crossed a pipe bridge that had a five-ish meters of height from bedrock of waste river, Finger My Dough slipped down his bottle of water; many hashers walked through bravely such as Tits Qualm, CwM, etc; Lost in Marks and Spencer and Breakfast Included pitched into hashing lineup out of nowhere post-first beer stop. From checkpoints of indetectable way out of Open Checks and long wrong spur track of Two Way, it made the hashers so fagged. ED had to run afront to take the lead; Pussy Nibble as GM announced the hashers had to shortcut the homestretch decidedly. Some capitalized on GPS on the phones along eastern 4th ring road and foot bridge and lengthy beeline, to rotate back to restaurant with a record of 12km journey to be done. Just did the shanks feel asleep and sour. A great hasher appeared out of blue that produced a pleasant surprise to many hashers, who’s our beloved one of best former GM of BJ HHH, Life of Pee. Scream and hugs towards him eased off the tiredness. Soon after a potatory and hedonistic  circle was sited in an empty bosk of a digs quarter behind restaurant.

GMs, PN and Bearded Calm as well as RA, DH by turns gave the hashers the run of the corybant; ten virgins libated on a welcome ceremony with Hash song and little present apiece; Waiting for It as Hare Razor worked so hard but the confirmation of the hares weighed in birling with three hares with using a cock of shame; Karate and ChippenDale scored BJH3 #50th mug each and shined steel glory to rally to the support from many hashers to drink together; Pekinisky Bikinsky capped a green textured billycock matched her yaller hair for a vogue and obtained BJH3#20th patch and later on, conscientious Crash Test Dummy stepped in for hailing her birthday, too; Phantom guided two Aussie men to chorus and dance an Kiwi battle cry song for a bellow of the ocean; LoP summoned Aussie hashers and mismanagers to taste a bottle of Jim Hamster that rang a peal of bell; DH plucked Just Sophie out of the air for her naming around the circle, after a violent deliberation from the hashers, Melon Drama vouchsafed her in her kneeling down on a piece of hardboard in the center of the circle showered by the beer from numerous hashers with shrill and yuk and she presumably attained Hash Handle at the soonest. The Hasher Song rose to the sky permeated throughout syntonic melody ad hominem; Pickle Boy and CD co-served the hashers as BeerBitch; some roared with laughter like Super Squirter, Nut Pirate, Shaven not Stirred, Black Hole, Just Sunny and the unknown; to the last, Phantom with gusto piloted all hashers to sing a song called Let’s Cross the River for a beacon of navigation. And then more than ten tucked in a delicacy of hotpot.