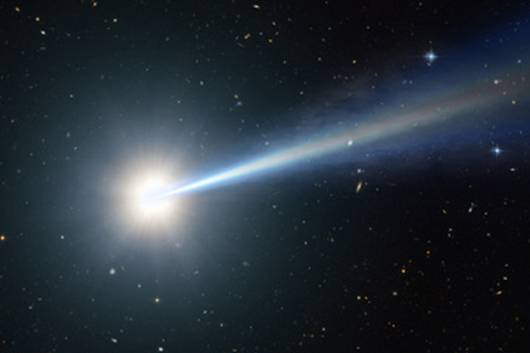 Human is a spiritual creature. At the approach of death, there would be a flash of white light to make death informidable. At the time of death, whole life would be re-valued. This evaluation completely doesn’t depend on the wealth and eminence, but on how much love and warmth had shared with others in lifetime.

Does mop the Moist corners of the eyes twice, Shitface Cockmaster, while Pussy Nibble as GM relates their past in Jing in the circle and hails SFCM to drink a special local bottle of liquor. This scene stirs more than thirty hashers to whoop out Suck Swallow song to mask a sadness. What clangourous name it rams the minds of the hashers! Because another FOYW as hare is taking leave of BJH3. In the meanwhile, PN sends SFCM a souvenir edition Hash T-shirt and yokes a toilet seat on her neck to highlight her stellar one; Crash Test Dummy and Shaven not Stirred separately takes a carton of dessert supplied by Creamy Lips to award the hashers; Agent Orgy wearing magistral cap wields her pink whip to punish some hashers; Lost in Marks and Spencer putting on his red helmet hosts the part of performance as RA; Nut Pirate just shows up for the circle and yells out two accusations but confuses the hashers; Just Sunny bashfully accepts a naming ceremony held by Dry Hole as other RA. After a short argument by the hashers, Pre-Lube whips her into shape by kneeling down in circle to christen her body under a beer shower from the hashers, singing Hasher Song, screech and horselaugh overflow an empty spacy parking lot. DH’s hash songs are more likely to play on the Phantom of Opera with Hash version, and so forth. Turns out that LiM&S leads a chorus of Swing Low one and all to bring the hashers to home. Over twenty hashers relish a substantial barbecue in roomy restaurant and some ladies with FOYW proceed endless sweetheart whisper till midnight.

SFCM bumbles on about the marks on the ground to three virgins for an instruction in the get-go that gives the hashers a humorous impression, either she lived in one place too long time or went thru uncanny experience, there seems only an echo for a meaningful location name in her brain in a drawling tone with eerie accent, “Ba~Bao~Shan…” Thanks to her co-hare, Sink and Destroy blurts out a tongue twister of supplementary explanation succinctly; Super Squirter then in charge of couples of walkers as walking hare.

The air bespeaks a little bit polluted and a little bit muggy. Nevertheless it doesn’t affect the mood of which the hashers spoils for a hashing in due course, dashing into a residential area of dense high rises and wide intersection for an Open Check mark. Some crack hashers prick near to be ahead such as Dumb Ass (Tianjin), How Long, DH, Short Shift(Tianjin), Bearded Clam, Finger My Dough, etc. Sometimes minuscule marks hide away on obscure poles, curbs and ground. Of a truth, the more tricky trail, the more what makes the hashers tick, spurring a willing horse. Going across block upon block. S&D races afront on a wrong spur track. Wait! She’s hare. It’s pretty sure that she doesn’t ken the trail neither, at least the part of it. Marching in a garden-like digs quarter and looping out of it and soon hitting first beer stop at sidewalk opposite the street. Frappe bottles of beer calm down sweaty and flamy the bodies of hashers. Very soon, the walkers gather the runners as well. Just Diana holds cold bottle of beer to her head and face to lower temperature; AO from somewhere catches up with the hashers as latecomer; forthwith, sensing somatic function to be activated. PN as GM orders to open check.

In the street of a quiet living community, all at once, wafting a husky and firm voice from Just the Tip, “On On!” in the wake of a prolonged bend on the slope, Placenta and Just Michael grope their way to different offshoots respectively from an Open Check point; S&D’s responsible to re-mark a direction after LiM&S shouts out a way out. By degree, climbing an asphalt road of a hill, as if it leads the hashers up to a royal road to pilgrimage as reaching at the top of it shortly. A panoramic scenery surrounds the hashers with a sea of copse, clean and neat broad stairway made of massive marbles studded with artworks of marble giant bowls where it may be supposed to be called an Elysium or event horizon of Black Hole riding on ultrons, losing sight of having a clearcut stand on mundanity in one world.All the hashers take turns to sit on the steps for snapping a group photo by Heart On. Four local rangers stop spraying pesticides over the trees to observe the hashers’s picture moment.

The hashers rush down the hill along the marks via this stairway like the wind. When arriving at the foot of hill, can see a patch of pine tomb yard and the hashers file out of an iron fence gate in silence and landing an avenue to move westwards and straight on for a while and scaling up a big foot bridge down to the south from a busy crossroad, staying on a long beeline trail to the end, many hashers have been at second beer stop at sidewalk across the avenue. The walkers been there, too. Joined-up DH’s up to his neck in flinging open cold bottles of beer to hand to the hashers; Molotov Cock and AutoBlow shuffling their slippers in stride each spring up out of blue; some are up and running in intimate conversations like Nowhere Man, Tits Qualm, Hard to Live With, Breakfast Included, Just Jason and so on; Too Much Stone remains his personal grooming as a Boxer to backpack his heavy stuff including a big pack of paper cups for usage of two beer stops; PN as GM calls the shots to move forward.