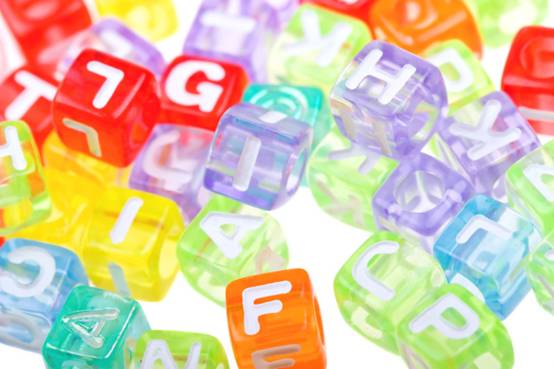 No matter what colorful dices are being thrown out, the dice all the same is prop for gambling.

Demolish! Demolish! This word’s showed many in an expanse of wild villages where over thirty hashers pass through,  for so-called new energy?! But never demolish wrong recognition that human nature is born to this world, exactly with sin of self-gratification for bare essentials, not with kindness by birth. So any regulations and rules should RESTRICT this sin instead of RELEASING it for keeping a human order out of chaos. At that point, the people can sense a tasteful life journey. The hashers first hash it out by hashing events.

At the outset, all hashers get lost in criss-cross haywire hutongs. A local middle-age man blasts and guides the hashers, “the marks are not here. I saw they are nearby bridge farther!”  Four hashers as last group still stick around some houses like Dry Hole, Pickle Boy, Agent Orgy and Heart On. At last from an obscure doghole-like gate, finding out a way with forward mark, going straight through a long alleyway. All hashers staying the first beer stop are waiting for. Later, Just Yong and his partner catch up as latecomers. Baking hot weather and ice-cold beer seem to process the hashers from liquid to solid. Three hares serve the beer to the hashers like Fetus Envy, Auto Blow and Easy Rider in charge of several walkers. Talking and drinking for 10 min or up.

Upon flinging hasher-sevles into the trail, a super narrow sinuous hutong leads the hashers to intricate interior structures until arriving at a laneway to a main road, then dashing along the mark for a while, with deliberation to cross a pavement where a design looks like a problem all vehicles turn over to pass this pavement from sudden corner, without any slowdown sign post. Then striding over an overpass. Crash Test Dummy’s haberdashery is coolest and most staring, a black T-shirt’s front and back each are tailored off a big square hole to expose his belly button and most back, a kind of bizarre effect of summer dress; DH zaps through by jumping and hopping and skipping down the bridge. A topsy-turvy village with heaps of garbage displays a hashing trail. Rows of 3-4 story houses are connected together and overhead space between roofs are covered a kind of transplant materials. As if setting foot in somewhere in southeast Asia. Some frontrunner are called back by the hares ever and anon, to tiny hutongs, down the stile to along a canal. Herr Splashy Pants earlier stands ahead to usher the hashers to the second beer stop at an aisle up to another stile. Clavering mix together with sipping for 10 min around.

Marching on main road and involuntarily moving into a new high-rises to exhibit a novel vast space. After a short time of Open Check, a giant statue of fighting ballgame erects in front of the hashers. Sink and Destroy perkily makes a posture by clambering up between tussled two men-figure sculptures to stop them; HO as Hash Flash takes the pictures for thirty hashers. While spreading out for a clue of mark for a while, the hares have to bring the hashers to the corner for the third beer stop hands down. Just The Tip wields palm-size plastic hammer that seems to impersonate Thor for a justice in the world; AB inserts a plastic pop gun into in the navel of elastic string of her pants and drill tip of muzzle pricks up to the front,  as if suggesting an external power. Taking a break by cold beer, ice-scream, water and bull session for 10 min.

At one fell swoop, homestretch at a run seems to cartwheel to rotate to restaurant, from turning small bridge over a canal, via a greenery? A living compounds? And all the rest. Some part indeed occurs memory brownout due to either drunkenness or exhaustedness. At least does not there arouse Sansculotte in oompah euphoria. A laidback recess later, celebrating circle is taken place right before restaurant.

Bearded Clam as GM brandishes a black feather “bitch ferule” to sum up the cream, i,e, seven virgins’s welcoming ritual with Hash song and little cock, especially for Cookie Lover and her family from Shenzhen. Three hares are hailed times out of number to lubricate together. DH as RA chants about twenty Hash songs one after another based on each episode; Benz over obtains his #100 BJH3 mug in a glorified metallic luster and delicate workmanship but non-engraved commemoration on it; Molotov Cock swills with a Cock of Shame for his beer abuse; Just Catherine’s new shoes are discovered that spells a Hash rule to drink with one new shoe, and Rambo Number Five comes up to hold her one shoe to most hashers for beer’s contribution and attracts tons of screams and laughter; Six Kuai Short must be presented to enjoy his glass for his marriage with Just Gab of late; time to have Hash Arm Pipe drink for FE’s ever-increasing hashing gig, skilled drinking fashion makes him in slow motion, eh! When he just lifts his stiff long arm to direct it to his mouth, a hand from S&D pokes his delivery arm, which must spill over his face for a comic scene. When he attempts for second time, Bjorn Again from his back knees his ham that reels his body and spills over his face again for shtick; last gag is for Just Jessica to entitle her Hash Handle, after a violent debate from the hashers on site, RA’s thumb finally prints it to her glabella for What The Fluff as she knees down in the circle and immediately invokes waves of beers from many hashers’s blessing identifying Hasher Song with delectation and determination; restaurant’s owner who’s FE’s friend works on Beer Bitch for the hashers like Samaritan; other attendees include Karate, Tight Quin, Dark Shaft, Grass Hopper, Finger My Dough, Pre-Lube, Nut Pirate, virgins, etc. Turns out DH slobbers over a chorus with the hashers for Swing Low and Just Gab appears as latest comer. Eleven diners tuck in a yummy barbecue in an open air in regulating destinesia.