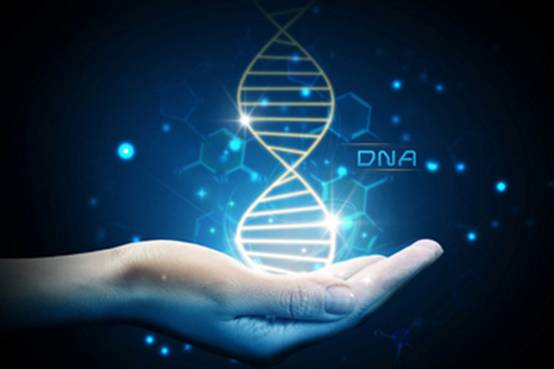 A longer life may lie in number of anti-inflammatory genes

“The hares! The hares!…” the hashers acclaimed on and on. Tested the hunting ability of over thirty hashers with no mark from subway to venue in warren called Qianmen area. Peradventure they placed the marks only on the ground but were trampled out by the roaders and passers. In the trail, some marks were truly either indecipherable or covered by the vehicle. That’s also beyond Lost in Marks & Spencer’s pray for the trail from start point. Bewildered the hashers to get through a realistic version of The Maze Runner in twisty diversified hutongs all along the line. Luckily sally ports were not moving and there were not grievers to mow down the bodies straight away, the surveillants behind the scene changed to local citizens in public. See! A local old woman remarked about the hashers, “Break your balls?!” perhaps she saw some hashers dressing summer sportswear in apparently dry cold weather. In fact, last Sunday was exactly the first day of winter’s beginning. Nonetheless a jot of marks crossed the trail as no-no that made the hashers being taken in the toils. Bangs With No Mercy and Dickmocracy had to lead the way out of this labyrinth with volte-face and they were hared manipulators and deliverers. Of course, plus walking hare, Sperm Maid ushered approx ten walkers to worm through and missed the first beer stop. Nobbut aspiration played off more different funny trail to present an aggiornamento.

A group ahead crashed through congested alleys and lanes, such as Douche Inc, Circle K, Sleazy Rider (aka Chewkacca from Shenzhen), Pickle Boy, Herr Splashy Pants, Just Sonny, Tight Quim and virgins. The part routed out a Hash Hold to take a picture in the background of QingMen Gate Tower, with the enjoyment of rebuilt archaic structures that stuck in a goo velleity for ere locale in the air of gray history. Winded through a hutongs block to side by side hutongs block. The first beer stop was set in a cramped corner of intersectional hutongs. The compact cars and flat cars disquieted the hashers to yell out, “Make a hole!” for passable gangway. Inadvertently glanced at intricate black cables overhead weaved outreach modern life that somehow budded into a sort of bugbear. A lustrous steel placard by the police was nailed on the wall for being on guard against burglaries. An aged local couple operated a small shop served the hashers hand and feet with frigid beer (the hashers need but the locals hardly ever understand). Dark Shaft ran back from different direction out of puff that he seldom wandered off. Sufficient relaxation fueled up for next drive. Zigzag narrow trail flashed its hutong-scape and by accident, met up with the walkers on the mooch. From a Two-Way sign, some on Oh-Shit branch route were called back to right track twice. The first one was false call to deject Fetus Envy and gasped out, “I hate my life!” , which sounded familiar. On rights and lefts for times, all hashers swelled into the second beer stop next to a main road. The hares poured the beer for the hashers. A handful of tete-a-tete eased up a goof-off. GM gave an order for open check. In less than no time, plunged into pounding away at the trail producing a hashing trappings of solemnity via a section of hutongs by a section of hutongs titled Cultural Streets and lingered around an ancient live museum where the hardhats are worth one’s weight in gold. The progressive civilization can but esteem them as periodization with personal ulterior motive. The more deep parochial hutongs the marks marshal into, the more unconsummated edification lightens the future instead of the past, on the basis of scientificity as opposed to the seigneurial power. Imperceptibly snaked the hashing’s way through and the felicity in the least did credit to the third beer stop in a ventilated alley. The attornment was not lost upon the hashers between gallantry and ductility on the strength of conventionality and sociability. Who’s in a position to distinguish distinction in the midst of the doors and walls of hutongs during home stretch?!

The ordained glorification was settled at the end of a busy alley with swarmed diverse shops in a row flank. More precisely, it’s a sere pool as public breathing space. Thereabout three years ago, the hashers circled here already in the rain. Right now, there were much more the locals playing chesses and pokers. A duet of GM, Bearded Clam and Pussy Nibble officiated at a demonstrative pageant surrounded by an array of local audiences including a cop that seemed to smash up an insipidity in security. Five virgins were summoned to greet with Hash song and souvenir. Hammered away at three hares to drink together as sideshow and abominable apotheosis. Blister Fister and Finger My Dough were praised to sell out many hasherdashery of late. Rambo Number Five scored his #10 patch. Nowhere Man obtained his Hash bag. What The Fluff and Mussels from Brussels were scanned out for new shoes. The hashers knew that they swilled with their one new shoe each, WTF with a filter layer of her sock all the more so. Two local over-perverts in disorder broke in the circle to accost the hashers. Many local audiences beamed expressive smile and the less stayed to the coda because of language barrier, though. Six Kuai Short swaddled bigger Charlie Peanut with a backpack treated the hashers with his cocktail. Several quasi-Song Masters chanted out a captivation for well-suited scene like FE, Agent Orgy, Penis Tone and visitors. A few worked on Hash Flash like Rainblow Bush, Sweet & Furry, PreLube, Crash Test Dummy, etc., By surprise in the dark, LiM&S performed RA’s duty to denominate Douche Inc as Business Douche under a slashing beer irrigation from the hashers after esoteric nominations while he stripped down to an underpants on his knees, even so he professed he’s not virgin in BJH3. Others watched and laughed such as Karate, Breakfast Included, Bjorn Again, Hard To Live With, Shit Head, Red Snatcher, Shaven Not Stirred and the unbeknownsts. BlowJob showed up as latest comer. Nearly twenty eaters tasted local delicious food in a fancy and roomy restaurant. The amour fou was induced.