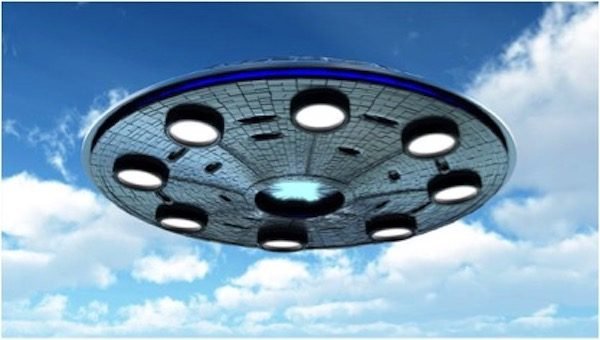 A ceramic material that, when kept at very low temperatures such as liquid nitrogen and then submitted to a very high current at high voltage (current of 1000 Amps and 1000 V) accelerated the electrons within it and thus produced a flux of Universons.Yet over two microseconds it can generate a force equivalent to several hundred grams, even exceeding a kilogram. The relativistic constraints of the contraction of time would make communication impossible (several years at a speed close to that of light would correspond to several centuries on earth).

Flappy catkins come as promised and embellish spring like snowfall. Over 30 hashers itch to activate a can-do hashing with speed of light. Phantom contingently takes over the scrupulous work of Hash Cash. GM Super Squirter and RA Six Kuai Short respectively play a role of opening remarks at start point to bring down wall between hashers and nonhashers. Lost in Marks & Spencer as wheel horse hunts out the breakthrough mark from beneficent and malevolent entities. The hashers are surefooted to step on a journey. Grim Reaper lost its heart along the lines of parrot fashion.

Bringing energy to bear on small niche in a penumbral subcontrariety. Bellwethers PedalPhile, RoadKill, ChickenShit, Beer Wolf, Just Shannon, etc take the leap. Taxi Ride Her trots onward by pushing a stroller in which Phantom Menace sits. The running hares Principal Penetration and Danger Zone remains front-end and back-end to look after the hashers. Bucketing thru residential zone and meandering laneway as well as flyover. Blister Fister pours water to crack the Open Check sign. The part of trail is quiet familiar to hashers. Nevertheless whipping into somewhat tiny hutongs and then unfolding an alien environment and crossing the busy intersection to another street block. A Beer Near mark rallies spirit for hashers to the first beer stop on sidewalk. PM holds a conical ice cream looking like a microphone for a rhythm practice, moreover PM grows up to more likely Justin Bieber. Barbara Bush as virgin relates Wellington about almost every day there is a hashing at night. Heart On and Hard To Live With enjoy it. Breakfast Included imbibes a popsickle. Pickle Boy persuades Comes More Often into bewaring of Chinese culture traps, such as fake, big, empty and anti-science. After a while, a group of walkers show up led by the walking hare Hot Cockolate for Karate, Bjorn Again, Algae Bra, Just Michael, Creamy Lips, Shaven Not Stirred, Long Legs, Godzilla Butt drinking a halfjack of Chinese medicated liquor and her sister, virgin, etc.

With merocrine of bodies, inert gas is come to life into a digs quarter and rushing in a Qingnianhu park and passing thru 2 little bridges and arcing the part of lake to run out to the main road and then striding over a foot bridge to down a parkway to western gate of Ditan park. The admission ticket costs 2 kuai per person. But monthly ticket for 6 kuai only. Checking in and along with the marks to be old site for Hash Hold before a detached ancient structure. Shooting group photos and moving breadthwise to the second Hash Hold in front of a TaiJi wall. Crash Test Dummy uses phones from other hashes to click several group photos and then quickly darts away with these phones in face of all hashers, then stirring up hashers to scream and chase him untill the eastern gate for filing out. It creases hashers up. In east-bound way, opening check a noisy crossing to far east side to reach the second beer stop. Stoned Age squeezes in as latecomer. Finger My Dough shops snacks to treat hashers. Having a break for 10 minutes. Doglegging a slim hutong to a junction and on 2 rights and 2 lefts to surface on the street. All at once recognizing the restaurant ahead. The circle ritual is sited at a triangular vacant grounds with a high voltage equipment, trees and passageways in the living buildings. GB chalks heart-shaped drawings on these powerful poles like security spells. The red Hash flag is hung on undergrowth. Charlie and Amy are separated to avoid to bowwow each other.

GM SS and RA SKS in turn hosts a compact performance. 4 virgins are greeted with floppy cock and the Hash Song by hashers. Hashers cannot wait to yell out 3 hares to swig together for their gig again and again, in particular hobnob a Cock of Shame. No Shit Sherlock drinks with an Arm Cast to tickle fancy of hashers. BF sings a solo Hash song to comp a situational shtick. Damaged Goods bobs in for latecomer. Santorum Cocktail springs up as latest comer and still shining his green long hair since St. Patrick’s day. A couple of “accusations” brims over with this simple celebration. RA calls for On Food as a denouement. About 15 hashers stay longer for a local hearty dinner. What makes life dreamy is the want of motive.