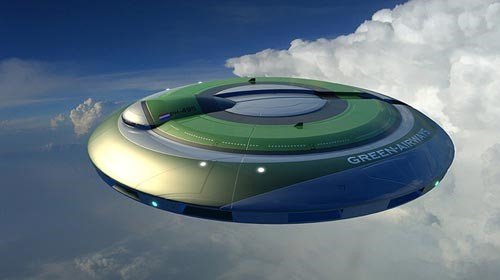 It looked like the distance of the 6th ring road, north, Maquanying. Around 25 hashers experienced a Boxer-like trail. Acting GM Super Squirter and acting RA Piss and Chips kicked off a start circle. The 4 hares all in camouflage T-shirt Nipple Kamekaze, Just Matt, Just Tim and Just Nix demonstrated a jungle hashing. It’s raining the fire. Everyone and their mum were avoiding the heat as much as possible, but we hashers were still hashing.

Crash Test Dummy got the drop on the other but a wrong direction. Danger Zone shouted out the firstling sign into a row upon row of cookie-cutter simple townhouse. The hashers jostled and elbowed our way in the crisscross labyrinth. KiddiePoo led the way to land the busy main road, lasted for a while alongside beeline trail. On left into a laneway to hit the 1st Beer Stop. It’s a bar-restaurant providing self-brewing draft beer and cooling that made the hashers cozy for 20 minutes. Dazed & Confused as latecumer winkled the signs to catch up with the hashers. With satisfaction to set off the trail. Just Daniel yelled out the marks to rush at the fore in a wilderness. The phalanx of cicadas busks a ringing chorus on the towering trees. A 3-way sign guided the hashers to check around the lush greenery with a God-forsaken lotus pond. Blow Harder, Pickle Boy, Finger My Dough, Little Shit Red Hood, virgins, etc actively explored the way. All of a sudden a few dustmen slacked off on the ground. KP cut corners to stride over an iron fence in the streamlet for Hash Hold. Little John clicked group photo. The hare NK whooped the trail and somehow the hashers called a halt to take pictures of a sloth or werewolf on a branch of a tree. Wait! Turned out it’s the hare Just Tim dressing up a jungle camouflage coat up there. The runners gathered for a break by draining a bottle of Jimmy Hamster.

Went full-tilt to move into a village called Cuigezhuang and zigzagged through a string of hutongs to reach a living building and a roomy and cooling apartment received the hashers for the 2nd BS. A group of walkers had been there like Karate, John The Baptist, Drink Like Girl, Red Snatcher, Breakfast Included, Just Leon, Just Allison and so on. It’s the hare NK’s place and the iced cans of beer and lollipop guested the hashers for 15 minutes. The hashers felt fleshed out to grope the hutongs more like a dog with two tails. In next to no time, an inconspicuous courtyard named Hidden Place extended hospitality to the hashers as the 3rd BS. Didn’t see the customers else, though. The hares shortened the route for the hashers to swing back to HH house.

The circle proceeded at a sparsely-populated garden. GM D&C and acting RA P&C hosted the performance. The 4 hares were hailed to drink together for their unique gig with the hashers cheering up. 4 virgins were welcomed as per Hash process. The loud Hash songs didn’t disturb the flora and fauna. After several “accusations”, acting RA P&C anchored a naming for Just Tim in jungle camouflage coat from top to bottom, went through somewhat acclamations of nominations. “Putin Me” befitted his 9 years of military life in Russia in the past. As he’s on his knees in the circle, the hashers’ blessing beer shower had not soaked through his shaggy jungle camouflage coat. Yet some had got pie-eyed and didn’t ken what Hash Handle he attained. The short circle ceremony gave 15 hashers an appetite to inundate with a belly-worship. Voila tout!