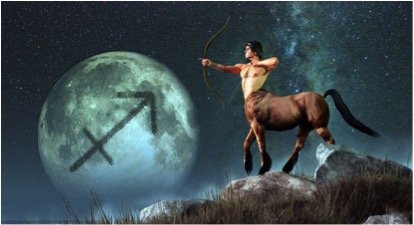 There are 12 planetary star gates in the universe. The portals on Earth are called Halls of Amenti. The Earth has an ascending cycle every 24,000 years from current 3rd dimension to 4th dimension. As of 2000 till 2017, the planetary star gates of ascension have been opened, the Earth can enter the 4th dimension to complete ascension. If the Earth is promoted, Earth human beings enter the Milky Way civilization.

Circa 8pm, Wednesday night, December 6, 2017. It’s the last Full Moon Hash of 2017 in a coolish air. About 25 high-frequency hashers roll up to the Ghost street to rip up the time to get in an etheric form for the Galactic Federation of Light. The irradiate GM Agent Orgy equips a start circle with hyperdrive of her Elohei rallying point. Dry Hole seems like Chiron to hare the trail early. Just Will first rushes out Nibiru impetus to explore the moon trail. ShitHead who just graduated from Sirianer for geo-science for 2 years puts his shoulder to the wheel for human 12 helix DNA hologram in the trail. Beer Wolf like Bootian from Bootes chases as a predator. No any “wankers”! shortly turning right into a tiny dim hutongs to abut on a time tunnel. Fission! Fission! And Fission……! Sensing to land the moon core for a space base of Zeta, but not. A sub-hutong after a sub-hutong, Principal Penetration astrogates his maglev vehicle at the speed of 800 km per hour to check the spur track, nothing either because there set an Oh Shit mark by DH. At a time when everybody almost gets lost, Heart On is in a closer rapport with DH via telepathy and locates a mark to lead the way. Signor Friendzone makes the most of the last day in BJH3 to seek after footprints of Dorsay from Cassiopeia. Lick It To Ride and Ass Tonguer first show up together for their honeymoon with message of Baavi from Centaurus’s α star C for living to hundreds years. Danger Zone keeps up with the frontrunners to transfer energy conversion of Cetian from Tauceti. Rambo No.5 puts on Santa hat to jog as well pushed by Jefok from Indus as peace-maker. Once on right into a hutong to reach the first space station for beer.

Blow Harder has personality of Airk from Yed Prior nearby Ophiuchus for a peace as a moonlighter. Cum in My Brum and Just Christie chat about taking advantage of non-violence to colonize more than 10 planets as labour of love for Afim from Crimea AI-Petri at Lyra. Banana Job always appears at night probably due to Matrax from Sualocin of Delphinus. Super Squirter adorns with sushi-shaped hat on her head and clicks group photo for the hashers that could send Ainanna from Gemini for digging more gold-like mining. FM GM AO summons the hashers for a circle and then spins a bottle to point out the second hare to Shanghai Man, belike he spreads a sense of high spiritual evolution for Pleiadian too much and gets exhausted, Just Will instantly replaces his mission to hare the next trail. Minutes later, AO gives an order to tag on to the hare. BW exclaims he’s seen the hare’s way to go. The familiar hutongs upon familiar hutongs, giant flour signs are like revolutions of star clusters abuzz and abroach, and breaking through the magnetic grids from totalitarian rule of Orion empire to connect light-encoded filaments of human cell to cosmic rays. Crossing a bustling street into another block of hutongs, and to the end to the second space station for beer surprisingly, and DH’s caught this hare Just Will. 10 minutes later, AO and 007 step in that looks like they encountered Indugutk, aka Men In Black from the moon for mining business. Pickle Boy volunteers for the third haring and nips off south by east and lays the signs in the hutongs and streets for uncovering Pleiadian way that before the age of 70, keeping single for focusing on spiritual development because Pleiadians have an average of 1,000 years of lifetime. Every man with spiritual power will see it all, and at this high frequency, all evils will no exist. In a moment, sizzling back to restaurant and no time, DH makes it, and the following is Just Will. Ha! Bunzilla wearing a pair of shiny dress shoes stands there as latecummer. He just stops over airport again and swings by FMH.

The huge magnetic circle takes place at a dry green bed. AO concocts 2 thermoses of whisky hot chocolate to treat such the hashers. FM RA LITR as usual intones a lager liturgy with the hashers, time and space is warped and every light body is activated, every pineal body between a pair of eyes is stimulated and begins to see the etheric energy. FM GM AO officiates at a process. These 3 hares are hailed to libate together a couple of times, and Just Will is shouted to strip off his pants for a punishment. The hashers are having a higher-frequency love in our bodies, and starting to have a sense of intuition, and listening to high-frequency self, not low-frequency self. As if skipping over to the 4th dimension. After a number of “accusations”, AO states a naming for Just Will amid the cheers. The topless Just Will kneels down in the circle and competing in rounds of proposals. Limp Fish Dick burnishes his hashing light and a blanket of flour baptizes his body and mind with the Hashers Song. In the end, AO leads the hashers to howl a bright gibbous moon in a clear sky for thanking that the moon’s gravity has stabilized the angle of the Earth’s rotation axis. It has maintained 23 degree and half for a long time to ensure that it is suitable for changes in the seasons, making the Earth the only moderate climate in the solar system that can sustain life and reproduction. 10 hashers eat dainty hotpot in an out-of-the-world vibe converted by light energy and RN5 with a local food allergy stays with the hashers longer reminding all humans or humanoids are from Lyran. But the decoration and service staff at the local restaurant still retrogress to dress in Qing dynasty’s style. Phew!

In the Sunday afternoon, December 3rd, 2017, the hare Beer Wolf prepares Santa hats to dash to the hashers. Shanghai Man works on Hash Cash. Some decorations dot festive atmosphere. GM Super Squirter and RA Six Kuai Short kick off a prelube Xmas hashing with around 20 hashers at Wudaokou. But a feeling seems to escape something. A half of runners run along the street into a block of low structures and the hare Pickle Boy yells the hashers back to edge our way through an obscure barrier to a lane and then head into Beijing Language and Culture University. The pacemakers press forward and circumambulate a playground, such as Just Luca, Chewancca, Blow Harder, Cum In My Brum, Just Christie, etc. ShitHead angles across a garden to shout out the 1st beer stop, a detached wall with all countries’ names erects there. Just Li interprets some names to Agent Orgy. PB calls more and more drawing a distinction between people is language, not nationality. Several walkers like Ass Tonguer, Just Chen, Ponyo, Charlie, etc arrive and the walking hare Finger My Dough rides tricycle loading up beer. SKS happily proclaims his first meeting with Godzilla Butt is exactly here a white teaching building. Mussels from Brussels squeezes in as latecummer. All hashers take group photo.

Cutting through the campus with green and knowledge. AO mentions she’s going to leave China. Out of the campus, 3 latecummers catch up with the hashers, such as Drinks Like Girl, Anal Compulsion and a virgin. Along with the broad streets and avenues, into a living community to fetch up the 2nd BS. Talk and sip occupy 15 minutes and then hitting the road. The hare BW cannot wait to lead the runners to rush in the front into a winding hutongs. Crossing a noisy crossing to turn right to fling into a bar called Beer Commune as the 3rd BS. And each draft beer just sells at 5 kuai. All hashers drink and gossip in a cubbyhole. Drill Me turns up out of nowhere. After that, basically the hare PB starts to tread on cloud memory by 4 bottles of beer (the hashers should pass through a shopping mall and cross a busy crossing to return to restaurant).

(The hares prepare a thermos of whisky hot chocolate that each hasher could drink……and whisky gets PB to lose his mind from A to Z), the sense seems to throw look at a circle hosted by RA SKS. (2 days later, waking up to see pictures of Hasher WeChat group, Crash Test Dummy scores his a yellow and fancy T-shirt for celebrating his #200 run; Just Luca bares his upper body to fall on his knees in the circle for accepting his Hash Handle known for Signor Friendzone before his leave BJH3 soon-ish). As if catching a sight of some silhouettes of the hashers drinking at another bar in the dead of night. As likely as not, it’s an “apocalypse” to go straight outta North Pole.

On Saturday, December 2nd, 2017, Boxer Hash #166 at Fragrant Hills goes ahead as planned. The hares ChickenShit, Danger Zone and Hot Cockolate guide about 20 mountaineering hashers to experience a high-octane hashing……