The 17th All China Nash Hash

The 17th All China Nash Hash 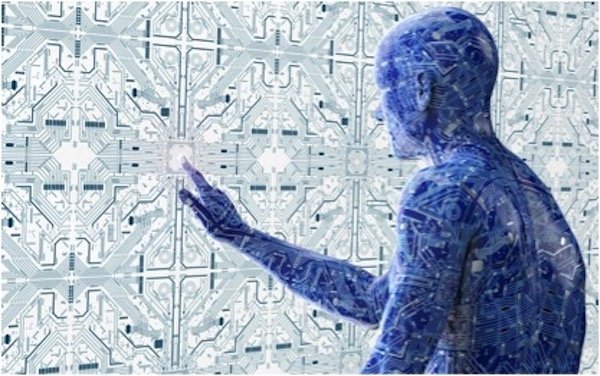 FM GM Agent Orgy flushes with shouting out a circle up for around 150 hashers from the whole China, the 17th All China Nash Hash officially launches at the stronghold called Crystal Orange Hotel at 6:30 pm, Friday, September 15. The 2 running hares Lick It To Ride and Ass Tonguer make tracks for the first legs with flour, another running hares Pickle Boy, Beer Wolf and another 2 walking hares Hot Cockalate and Smells Fishy, all hares adorn with a long and lit rabbit ears on the heads, Benzilla blows his conch for high morale. The swarms of hashers stir up to check a trail. Cockarazzi gives a false call to a hutong, ChickenShit leads the way to be there, an end of this hutong is a blind alley with about 30 runners and then on back to the main road. Finally Dry Hole yells out the alpha sign. A sea of hashers flow at great speed via a quite busy intersection and diagonally cross a street into a residential zone in a wandering trail, echoing a running fire of rotund calling for On On, swelling into another loaded street until catching sight of 2 towering buildings branded East Hotel and meeting the loose walkers line-up out of nowhere. Together insinuating ourselves into a green belt. The night falls.

On the arrival of a spacious clearing, embracing such a beer stop at Xian bar of East Hotel as one of our ACNH’s beer sponsor, the manager Just Nick and his service people have spread a long table to pour the fresh and cold draft beers to the hashers. Principal Penetration praises, “good beer! Good beer!”. The Xian bar presents the hashers plenty of useful headband. Meanwhile another beer sponsor JingA’s reps Bruised Lee and Finger My Dough sticker the JingA logo for hashers with JingA tasty beer. The hashers get together to see each other as friends for 5 years, 10 years, 20 years, even longer. How cheerful the occasion is! like Little Sai Wanker, Sperm Bank, MiniMe, Room Boy, Ferrari, Bangs with No Mercy, Fetus Envy, Busy Lips, Eager Beaver, Vibrating Bunny, Sweet & Furry, and many unknown hashers from other cities, and Beijing hashers like Six Kuai Short, Heart On, Bearded Clam, Rambo No.5, Algae Bra, Danger Zone, Doesn’t Fit, Dickmocracy, Shanghai Man, etc. In a happy atmosphere, taking a group photo of the big family. The walkers start to move, then another running hares scat to make the last trail via the stinky tiny alleyway, along the canal to a dark greenery as well as 2 dim parks to the end called Barn bar. The roomy hall contains these joyful 150 hashers for a grand circle celebration after all hashers get at the terminal. Some hashers hold the giant photo frames with exotic pattern to click the group pictures.

GM Blister Fister and FM GM AO co-host a snappy bash. A team of hares are hailed to drink together and 2 pieces of petite ice block are placed in the center of this circle. PB comes forward to sit down whatever it’s for puninshment and award. The classic Hash song expresses ebullition of the hashers. Chewkacca stands out to represent Shekou hashers to swig with a squad of hashers, also the debuts of the hashers from the other cities like Qingdao, Hongkong, etc for their passions. Several latercomers such as Bubba Spook, Rear Entry, Road Kill, Just Dumb, Triple X, etc. Shortly ushering the hashers in a buffet delicacy and then our Hash musicians deliver a rocky live music such as Blow Job, Chewancca and another unknown. You bet! It’s hitting the heartbeat and drumheads of the hashers with moonish swing. The episodic memory has lost on cloud nine in the beer’s supreme authority……even later not in a fit state of recalling how to get home in early hours, thanks the lord, though, it’s safe.

On Saturday daylong, it’s cross-country Boxer hashing in the Gubeikou Great Wall for many visiting hashers in Beijing. Boxer GM Algae Bra and the major hare Bearded Clam guide a dilapidated history in wading across the water and breathing the fresh air on the top of monolith by cllimbing the steep steps of this rubbles pile. Glancing at a bevy of exhausted figures.

On Sunday moring, it sets off at 11 am ahead of normal starting time 3 pm at the Crystal Orange Hotel. Some hashers first play game and Agent Orgy is awarded a checked miniskirt and chic hat, then a checked tight pants for Busy Lips. Another game for the Boxer’s spin-off, the 20ish hashers who lost the game in the Boxer lip a spoon in which a raw egg carries to have a race and in the middle, being required to stride over a fallen bicycle, many drop the eggs to crash on the ground. Vibrating Bunny shows her balance ability to lead the way, almost to the finish line, however a hasher nudges her to off her egg as well. Seems nobody wins. It’s funny, though. The hashers are busy with checking out the hotel and 2 tribicycles transport the hashers’ bags to restaurant. 2 RAs Six Kuai Short and Heart On bless the trail and 6 hares Blister Fister, Super Squirter, Beer Wolf, Red Snatcher, Bjorn Again and Godzilla Butt, specifically a clear blue sky – Mama Mia. Enormous hashers scatter to go over the crossing for a way out. Rushing afront like Mussels from Brussels, Just Steven, Sink &Destroy, Pickle Boy and unknown hashers. At the 2-way point, Stoned Age spots the right trail in a low-lying land. Chewancca pins full of Sign-up badges for ACNH 2018 Shekou on his vest and rattles through. 007 prefers the machinery equipment by borrowing a spray gun to wash the ground at a car wash shop. The pavilions, little bridge and water pool please the eyes. Suddenly an obsolete train attracts all hashers for Hash Hold and BL strongly mounts on locomotive. Then keeping going like Drinks Like A Girl, Anal Compulsion, Drill Me, Crash Test Dummy, Creamy Lips, Pussy Nibble, No Shit Sherlock, Sweet F.A, PreLubed, Mind The Gap, and unknow hashers with applying one’s mind to locate the sign. Upon turning right at a corner, reaching the first beer stop in an ample place for about 150 hashers. At least there are 4 hashers’ families bringing their babies to enjoy a sunny ACNH. The sun beams its summer-style disposition.

Thunderbird! Winding through the 798 art zone. As if the fishes swim in the water, there’s a kind of cozy feeling arising spontaneously around a variety of artistic modellings. As fetching up the high-rise iron structures, the second beer stop emerges and JingA’s sponsored beers are served by Bruised Lee and Finger My Dough. Beer Gimp catches up as latecomer. C3 Pee Hole lifts a beer keg for a long time as if suggesting he’s not only a bagpipe player, also a weight lifter. The hashers in knots bat the breeze. Beer Wolf looks like flat-out. Slappy Seconds displays his bulky flab. All hashers with a JingA flag shoot the group photos. Stepping up the spiraling stairway to jog forward on a 2-stairs high iron plate trail and sticking around this bizarre art zone for a while, then loping along the main road to a restaurant with broadway on sidewalk. Several piece-together long tables and chairs make the hashers take a break outside. Thanks the hares to seek out any gathering point with an enough space for the 150 hashers. Molotov Cock and AutoBlow appear as latecomers.

Dry Hole holds a microphone with a high-power speaker to summon a circle-up. Some run patches need to be awarded to Ferrari, What The Fluff, Doesn’t Fit, etc, then Dazed & Confused provides a series of the cock of shame for drinks. Dr. Devil hosts some non-Beijing hashers’ games and the other performances of RA and GM from the other cities. The Beijing Hash Song and Swing Low become the momentum toward the high point. The Taste Room and Vedett jointly sponsor the beers for this Hash-cratic circle flow. On Food call is uttered early. After chowing down a local hearty dinner, many walk to the Xian bar and then Paddy’s as the upshot of this 17th ACNH. Emotion that mixed with beer slobbers. The good time is always felt flying faster. In a sense, the hashers set the trend in the sandwiched society. It’s supposed to be snazzy tempo. So long, hashers and fellows!