The Alice in Beijingland Hash #1825

The Alice in Beijingland Hash #1825 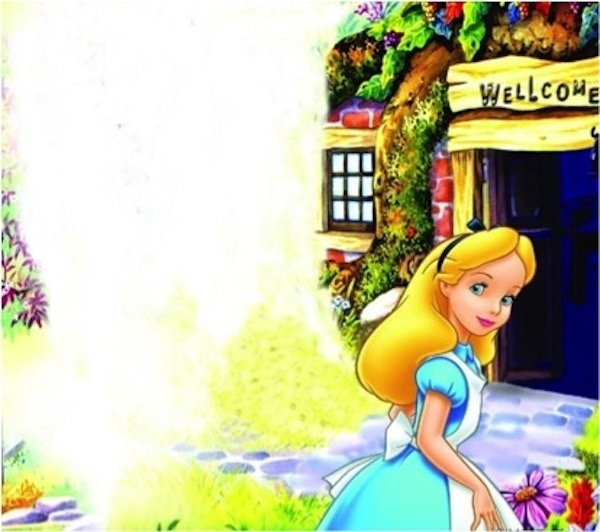 Alice manages to wear through her shoes by dancing the night away. Only her significant other figures out her secret.

Saturday of an afternoon, Dry Hole functions as RA to bless the trail and 3 hares Danger Zone, Heart On and Principal Penetration in the starting circle of over 30 hashers in the vicinity of outside northern 3rd ring road. ChickenShit shouts out a firstling mark and blazes the trail for a while through the street and crossroad. The hare PP sometimes has to act as a guide for the puzzled hashers. The local retired women in knots each wears red sleevelet as vigilantes everywhere to patrol a social security for the 19th CPC Congress around the corner. After keeping straight trail for a spell, turning right into University of International Business and Economics. Karate rides a shared bicycle to strike on his speech in a college of late. The football pitch is inundated with a hubbub of voices. It’s not nowhere near as quiet as the weekend. The hashing line-up with passionate call for On On wind through the busy campus and Wandering Tongue pauses to take some candid photographs for hashers. The hare DZ stays backward to crack the Open Check mark. Crossing a noisy intersection to move forward to see the Beer Near sign. Finn Diesel runs ahead and locates the first beer stop at a shoestring grocery. Several hashers separately preserve solitary or isolated situation such as Crash Test Dummy, Sausage Party, Red Snatcher, Just Toni and Just Steven, FD and Undulator, Virgins, etc. Suddenly a handful latecomers turn up with a group of walkers like Stoned Age, Six Kuai Short, in particular Shanghai Man and Just Claire showing a weightlifting body each other, SM shoulders the body of Just Claire slick as a whistle and Just Claire makes much ado to get SM’s feet off the ground, which vivifies the spot. Pickle Boy discusses the law with PPTease teaching American law and Smells Fishy beams to watch. Rambo No.5 introduces BJH3’s history to virgins by Just Tom, and so on.

The forerunners sock it to the trail into an alleyway. The more skeltering forward on a lengthy sidewalk, the less marks being as scarce as striking gold. The hare comes with explanation that they didn’t have enough chalk as they laid the trail. Involuntarily passing by the restaurant and canal bridge, cutting through a crossing. Hot Cockolate dashes vanward full of zip alongside of a lengthways and scrubby hill enclosed by the railing. When turning left into an entrance for this semimystical greenery, in the distance, Lick It To Ride and Ass Tonguer sit together on the rocks as a couple of latecomers at the second beer stop. It’s a mobile stop and awaiting the beer from the walking hare HO. The minutes later, the walkers appear on the top of wooded hill and Ponyo rushes up to welcome Amy and shortly romp together, and Charlie makes a Virginia fence to watch them. Out of nowhere, a big dog partakes their chasing game around the hashers and lasts for a while. It catches the eyes of the hashers. Just Diana holds her skinny doggie just looking at it. Cockarazzi seldom offers a cigarette, nobody will, though. Drinks Like A Girl enjoys the can of Qingdao beer. Shaven Not Stirred poses for a group photo by WT. While Just Claire calls her elder brother name directly. PB sighs that Chinese culture defines it to be impolite, actually more often than not, Chinese culture only takes care of the position instead of people. Along the prolonged canal and crossing a street to jog back to the restaurant. Pussy Nibble and What the Fluff in turns arrive late for the circle.

The circle is sited at the canal side where many local folks play different games. Under a towering and lush tree, just a shelter from a fine drizzle. The hashers warm up for a celebration. But a 2-meter-high stone tablet erects next to the hashing circle. The inscription mentions this area is the ruins of original Great Capital of Yuan dynasty with introduction, however in the text, there are 2 Chinese characters called Cultural Slave to be engraved on the it, which clearly criticizes such the barbarous and inhuman history with canaries of the sea . Fortunately many local citizens are awakening. More pleasurably people do not suffer from Alice in Wonderland Syndrome. GM Super Squirter and acting RA DH co-moderate the circled rendition. 4 virgins are greeted with little cock and Beijing Hash Song by all hashers. SA and RS respectively win their run patch. The hare HO is hailed out to accept a bunch of red and white roses wrapped up with the 2 layers of paper for her pre-birthday. The hashers belt out the Happy Birthday to her. After going through several “accusations”, even some hashers leave early, 2 cartons of sponsored beer Taste Room have been consumed. RA DH announces to proceed a naming in one fell swoop and all eyes focus on Just Anna. After a round of her nominations, in the midst of scream, merriment and song, Come In My Brum upgrades her life as she falls on her knees in the circle to take a beer shower from hashers. At the end, DH leads a chorus of Swing Low with crew to a wonderland in the mind, of a high order. Many eat a local yummy food in a private room. In the following day, a number of hashers head to HO’s birthday party.