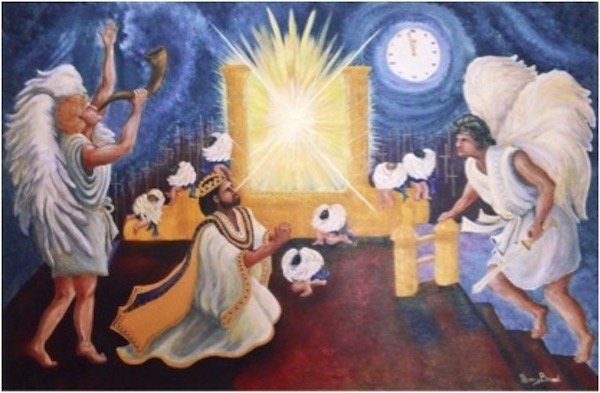 Unconditional Basic Income – From government’s social security expenditure, taking part of the quota as the basic income of the local citizens, the income does not require any conditions and qualifications. As long as it is a local resident, everyone can get a basic income. The AI will replace most of the manpower soon, the human beings are freed from the physical labor to engage in more interesting, more creative jobs. It can immediately reduce the number of poor people and public spending on health care, disease and public security and increase consumption to stimulate economic development.

Spring is the beginning of new life and also symbolizes Jesus as “the living bread of eternal life”. Though around 100 PM2.5, it’s Sun-drenched. More than 30 hashers fete the Easter Egg festival full of enthusiasm. Along the way passing through residential area, street, canal bank, canal bridge, street crossings until dashing into the northern side of Chaoyang park, a flourishing and fashionable zone. The pacemakers bust a gut to check onward, such as Limp Fish Dick, Crash Test Dummy, Principal Penetration, Pickle Boy, Chewannca, Dr.Shocker, Oracle Boner, etc guided by the hare Red Snatcher. About 15 runners pause to take group photo with a statue called Woman Aflame as Hash Hold. Roaring past the concourse to the northern gate of Chaoyang park. More Men and her outgoing dad arrive there beforehand. 5 kuai for a ticket. Opening check for a way out along with the track by flipping these switches of passions of the hashers. By surprise, meeting up a group of walkers shepherded the walking hares Heart On and Sausage Party.

Subsequent to a simple instruction by HO for hunting for color eggs, the hashers fling into a clump of bushes on a mound and thick meadow covering the soil. No Shit Sherlock first finds out a color egg and then many hashers detect the color eggs. The hares mention they buried 52 color eggs for hashers. It’s jelly color sticky candy inside the color egg. In the same time the hashers drink the cans of beer on the spot for the first beer stop. Not Tonight spreads the flying bubbles from the bubble stick. Chewannca digs out much more eggs. When the hashers set off, there are 4/5 eggs that are not sought out and it’s a gift to the earth.

LFD gropes forward swiftly and disappears ahead shortly. While KiddiePoo snacks kebabs close to a busy bridge after many hashers run away for 10 min, some hashers have been fumbling around the key sign. All hashers get together at a rainbow structure for group picture. Just Collin clicks the group photo by making erratic sound to amuse the smiles of hashers for the beautiful Hash Hold. The hashing line-up wind through the hive of recreations and move out of the western gate and on left to reach the second beer stop. The street rings a bell too much. But there is a note from the government to dismantle the whole street including famous places like Black Sun bar, Susi Wang bar, Jenny Lous’ ,etc. Drinking cold cans of beer and talking for 10 min. Crossing the avenue into a street to loop back to HH house. 007 rides a scooter to show up as latecumer.

The celebration circle takes place a mini-garden opposite the restaurant. There are several sculptured murals on the wall showing off the local modern structures. GM Shanghai Man and RA Slappy Seconds by turns host the performance. These 3 hares are hailed in for group drink a couples of times. The hare HO unshoes her turned-up short boot. 6 virgins are greeted with small yellow cock and Beijing Hash Song. Karate acquires his mug with his Hash name. Chewannca wins #25 run patch. Many local audiences come along to watch the circle with relish. ABRUPTLY 5 cops appear to stop the circle and claim there’s a resident living in the building called the police for your noise. It’s about 5 pm and A BROAD DAYLIGHT. The hare RS explains to these cops for 2 minutes, useless! The hashers have to move back to the restaurant. Ugh! It must be the zombies from Qing dynasty phoned the police because they don’t want to accept and allow any new things.

It’s lucky that there’s not customer on the second floor at the restaurant. The hashers can continue to celebrate the circle there. After rounds of “accusations”, the creative 007 brings out a delicate cloisonné mug with a glyptic steel lid and with blessing words in Germany, presenting to Super Squirter. And 007 hands out a wad of Chinese hell money to the hashers, each paper that the number shows 100 billion. But Breakfast Included immediately collects these hell money to throw away and the reason is being afraid that the locals see it and think a whammy (the hell money is for paying homage to the dead burning the paper money, this custom is but existing in the Chinese culture? because this tradition is to carry on the worship of money and power without spiritual pursuit and divinity). At last, RA SS leads a chorus of Swing Low with all hashers, with reminders from the hashers, “keep it down! Keep it down!” A squad of hashers pig out on hearty food. As going down to the street, a young local’s T-shirt displaying words in English, “I hate to explain this shit”. 007 asks him what this means in Chinese. He says he doesn’t know. The most of hashers head to drink Dickmocracy’s FOYW party with his homies at the Other Place and BaoChaoHuTong. Dickmocracy jogs a streaking-saltire adieu for 5 minutes, however he’s still dressing a briefs. We are all John Citizen.