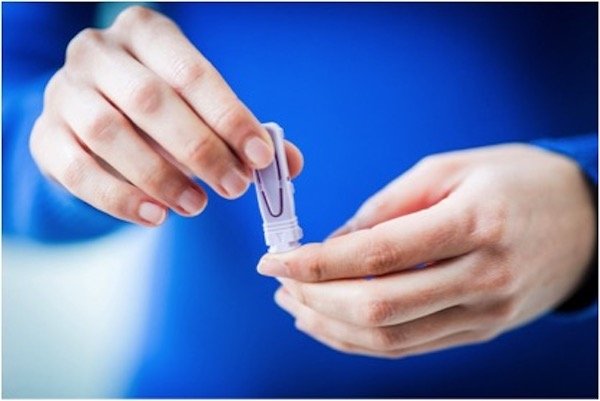 CRISPR gene-editing encodes a hormone called glucagon-like peptide-1 (GLP-1) that decreases appetite and helps regulate blood sugar levels by triggering the release of insulin for three months, suggesting that skin grafts could be a desirable alternative to daily insulin injections.

BJH3 is the first time to change the Hash time from Sunday to Saturday since 1979. The 17th ACNH left lots of beers and many hashers come early to drink free beers for easing pressure in the stockroom of XL bar. Hereon thanks the owner of XL bar Just Jane’s support. In the meantime, more than 20 hashers gather to see off the likable Fetus Envy and quiet Teflon Dick. Danger Zone collects Hash Cash. Crash Test Dummy flirts Amy with rolling his body on the ground. RA Heart On blesses every single prayer to stave off the rapacious reality. Of course, 4 hares go down their knees to listen out all hashers’ repeating prayers from RA. They are FE, Bearded Clam, Six Kuai Short and Tit for Tap. The order to open check makes the hashers like jack-in-the-box for marks. Undulator catches up in time. Just Dumb is first to shout out a way out behind XL bar and all hashers are pitchforked into a laneway to pinpoint an Open Check mark to bump through the Sanlitun street under construction, wedging in an alley to move northward along the hodgepodge of Sanlitun area, even without seeing any mark, following the instinct to the end of this street. A virgin girl keeps up with Pickle Boy, but it’s a wrong trail in the end (don’t follow the people, but abide by the rules). On left, someone bellows out On On to pass by the embassy streets to a passageway of green belt next to canal for the first beer stop. The hare BC rides a tricycle loaded up Hash beers in the iced coolers. Talk and sip last 10 minutes and going forward along the canal.

Straining our eyes to grope for the mark and a voice ahead unravels to turn left to pass through a canal bridge for an U-turn along the canal. Mental acuity guides to another canal bridge and crossing the busy street to the opposite bank and running to the slope onto the second beer stop with the Hash beers. Being shot through with relaxing in talking and drinking for 10 minutes. The runners separate the walkers from the trails, however some directly rare to reach the Paddy’s bar as the third beer stop. The hare orders the beer tower and the hare SKS organizes a beer mile game. ChickenShit, Just Dumb, Cockarazzi, Blister Fister, Oracle Boner, Shanghai Man and Bjorn Again each holds a cup of Paddy’s beer to race for a fun. Somehow when coming back to the finishing point, BA gets a nasty fall and BF bleeds his finger (watch out! Don’t get hurt). The game erupts into cheers on the spot around many a customers of Paddy’s. Karate asks what FOYW and Rusty Man mean. FE buys a tray of shots to treat the hashers. Principal Penetration comes latish for nothing with rueful expression. Then the hare calls the home to the XL for the end. Soon all hashers cannot gum up the trail to slink off to the XL out of sync.

GM BF waving a spray gun for imbibing Chinese liquor Erwotou co-hosts the circle show nearby the XL with RA HO. Greeting a virgin with little cock and Beijing Hash Song. Bonzer Dry Hole scores his #350 run patch and quality bathrobe with his Hash handle. For FE’s FOYW anew, he’s awarded one bathrobe as well for honoring the memory of the good time with Beijing hashers, and FE takes on an Arm Cast drink, so does Karate with a bottle of water. Creative 007 takes out a pack of Chinese traditional acupuncture needles to spread to the hashers for practicing on the huge fist cast of BF, plus a small bottle of alcohol for disinfection…… Hot Cockolate clicks Hash pictures. Beer Wolf holds Charlie in his warm arms. A handful latecomers in quick succession squeeze in for “ombudsman” such as Road Kill, Ass Tonguer, All In, Finger My Dough, Pussy Nibble, Sink & Destroy, etc., including the other attendees like Algae Bra, Doesn’t Fit, PreLubed and so on. It turns out RA HO leads the rare and touching chorus of Swing Low with crew. And many wire into the west food at the XL with a number of free Hash beers. When some people have confirmed a guy is a jerk, as a matter of fact, his misdeed has been beyond the notion of the jerk, a low-down doing must be an evil, just a great many folks do not know and do not realize it. Stonewall!