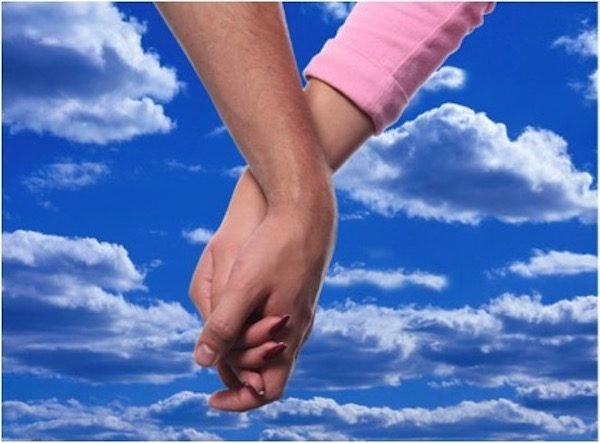 7:69 pm, Thursday night, around 20 hashers embark on chasing the volunteer hare 007 in the vicinity of Dongzhimenwai. Dry Hole and Beer Wolf take the lead to cross the hustling crossing to murky and sequestered bank of the canal. Stepping up to a business zone through a compounds to pop down the enclosed bank of the canal. Rushing an U-turn canal through a bridge and bending to move forward under the 1 meter height of the rows of thwart iron poles and then striding over a 1.2 meter high iron fence to another bank of the darksome canal like steeplechase. On right along the busy street to meet the first beer stop. Some latecomers show up such as Beer Gimp, Super Squirter and Algae Bra. Bearded Clam clicks pictures. Rambo Number Five jogs as well including the other joggers like ChickenShit, Principal Penetration, , Terracotta Whorrior, Just Jimmy, Just Bruce, Just Leon, Just Jane, etc. Pickle Boy volunteers to hare the second part under the guidance of Blister Fister for the roadmap.

Woot! A block of residential area, intersection, the beeline street to another intersection with a night view of modern metropolis shuttling through all-rise buildings and large mansions at CBD. In particular setting the Open Check mark at the intersection for the more challenges. But many familiar shops and restaurants in the prime lot have been dismantled by government for city appearance. Finally groping in a deep lane to find out a shop for the second beer stop. And dropping the pin of this stop helps some who are getting lost. The hashers arrive one after the other. DH brooms to make the last part as the third hare. It lasts 10 minutes for a break. The new FM Hash Cash Hot Cockolate worths her salt to square the bill. The hashers scamper back to restaurant via a dim bank of the canal and up to embassy zone. The Open Check sign at intersection spreads the hashers out, many have recognized the direction to home restaurant, though. As shouting out a mark to in front of the crowded Paddy’s, a voice from the drinking crowd gives a feedback for On On. Turns out it’s Black Turd. Cutting through a gloomy living community to return to restaurant. Our Hashelor Six Kuai Short springs up. Karate comes late.

The celebration circle takes place a corner behind the restaurant at 9:20 pm or so, but in residential area. FM RA Lick It To Ride as usual leads a pray with all hashers. An elder local approaches the hashers to lower our voice for avoiding to affect the people’s rest. At once, the hashers start to whisper each other. FM GM Agent Orgy apparels herself a red skirt with the verbs of On On on the rump officiates at the prelube wedding party. The 3 hares first drink together and PedalPhile replaces DH who left in advance. Then our respected former GM, incumbent RA, Hashelor SKS and beautiful Hashelorette Godzilla Butt stand out to accept the blessing from the hashers by tying up both of them with a pink napped handcuff. This new couple then co-swallow a banana. FM GM AO calls 6 hashers into the circle and all on their knees in a row, another 6 hashers stand up to provide a banana to feed these kneeling hashers. However a flashing cop car pulls aside for a watch and at short notice, AO hosts a naming for Just Nic who just wears a shorts on his knees in the circle. After a simple nomination, Banana Job gingers up his hashing life with a beer downpour from the hashers. And howling up the clear night sky for a bright gibbous moon. Nearly 20 hashers enjoy a hotpot to warm up this great hashers couple’s wedding hashing on Sunday.

Friday night, July 9, more than 60 hashers attend a mansized homeparty for Creamy Lips’s FOYW as Party Master. Thanks her hospitality and generosity in the past years.

Pasta vs Burger – Wedding of the Year

Sunday afternoon 1-2 pm, over 50 hashers gather at Tim’s Bar-B-Q for a wedding shindig. GM Blister Fister announces the commencement of the third wedding this year for our beloved new hasher’s couple Six Kuai Short and Godzilla Butt. The hare Pussy Nibble with her co-hares DickMocracy and Pikachu explains the marks to 2 virgins. Shaven Not Stirred comes out to drape a bridal veil with adorning caps of beer bottles and patches on GB dressing an off-white embroidery wedding gown. Bearded Clam presents a T-shirt with this new couple’s affectionate photomontage and a burger bowtie. This new couple bring their baby Charlie Peanuts and kneel down to embrace a blessing by BC and drink the cross-cupped shots, then standing up for pictures with background of 2 flags of the United States holding by Crash Test Dummy and Algae Bra.

Over 20 runners as always check the trail and male runners wear a tie in a sunny day like Barbara Bush, Principal Penetration, No Shit Sherlock, Autoblow, Kimchi Muncher and Psycho Analist both visiting after a few years, Pickle Boy, Just Jimmy, etc. Lost in Marks & Spencer first seeks a way out. The criss-cross skyscrapers are weaved by the straight streets and avenues into a spiritoso order. Soon reaching the first beer stop next to the road. Another 20 walkers ride the sharing bicycles to parade in enormous and powerful fashion. Lick It To Ride togs up in an uniform dark blue attire such as a peaked cap, a pair of Harley sunglasses, a dotted tie, a waistcoat and knee breaches. Ass Tonguer titivates in pink suspender maxiskirt. Super Squirter slicks in a milky white maxiskirt. All hashers are flushed with the colors of America and Italy such as GREEN, WHITE, RED and BLUE. The chief hare PN carries a wad of A4 paper with background of the flag of the United States printed on the pictures of Pasta and Burger, represented 2 groups of hashers to be divided into, each group 4 hashers. Then moving onward.

Passing through some urban trail to enter an anonymous park for the second beer stop and a lawn with some old elms and pine trees. Molotov Cock shows his eminent jump ability comparing to DickMocracy and Stoned Age. DH walks on his handstand. Red Snatcher poses a jump position for a photo of space walk. The chief hare PN hosts 2 games between Pasta hashers and Burger hashers that 1) 2 team players’s a pair of legs is tied up by a rope to run 10 meters to drink up and run back to the start point. It’s supposed to be called Pull-Together and typically this personality of new hasher’s couple as the idea makers; 2) The Hashelor SKS and the Hashelorette GZ respectively lies down the ground at the end being 10 meters away and 4 cups of drinks are placed on their crotch separately that let these 2 groups of hashers to race for drinking up those 4 cups of drinks in the crotches without hands. The active players are Sink & Destroy, Danger Zone, Shifu Peepoo and so on. The spot is full of wit and humor. Undulator and Bjorn Again discuss a trunk-like root outcropping. The other hashers sit on the law to watch like Triple X Ray, Nut Pirate, Tantantalizer, visiting Sweet & Furry, What the Fluff, RoadKill, Just Sherry, Rambo Number Five, Doesn’t Fit, Shaft Service, Heart On, Damaged Goods, Prelubed and her visiting mom, Just Mona, Melon Drama, Sausage Party, Karate, etc.

The grand circles are changed twice by a fit of shower. BC puts on a minister’s black frock and his fluffy foxy hat and holds a bible to bless this new hashers’s couple. And the Hashelorette GB is with her back to throw a bunch of flowers to a group of female hashers. It is said that who can take this bunch of flowers could be the next Hashelorette. Eventually AO draws down this bunch of flowers from AB and DG scrimmaging. The creative 007 brings in many blue plastic gloves like multi-prong rubber Johnny and asks the hashers to harness the heads. The different faces are strained to offbeat looks. As the Hashelorette GB is dredged up the jeremiad with Charlie she holds in her arms, she sheds tears. Some latecomers pop in like Taxi Ride Her, Taxi Mom, Phantom Menace and Creamy Lips in a blue dress. Danger Zone works on the precise Hash Cash. Finger My Dough touts the memorable and vivid patch with the icons of the Hashelor, the Hashelorette and Charlie… the most taste a hearty West food. The conjugal love of the hashers is composing a new chapter of Hash-lore.