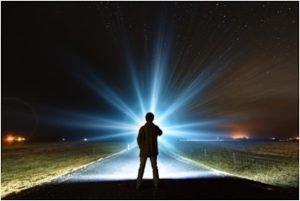 The first thanks: a hard-won clear day backs up Hash event by the RAs Blister Fister and Lost in Marks & Spencer although the cold front is taking its might.

The second thanks: the diversified and lesser-known trail between northern 4th and 5th ring road by the all-out efforts of 3 hares. Dry Hole, ChickenShit and Six Kuai Short holding Charlie, hark! It’s smart pace, clop-clop! A figure is outmarching the hashers. Turns out the hare CS hogs on the junctions to remind the confusing hashers of a right track as a seminal work. Through shopping mall, footbridge, residential quarters, thick fallen leaves plat, canal, open mini-park where nearly 15 walkers and over 15 runners converge on a hilltop for the first mobile beer stop. Slappy Seconds runs fast but misses the signs. BF has good eyes to spot the key marks. Just Ber romps through all along. Duh Spot and the other get late to come up. Just Julie identifies herself with hashers. The second beer stop is sited at a dime store next to the Irish Volunteer bar. Phantom Menace cared by Taxi Ride Her and Taxi Mom is keen on chocolate popsickle. Lick It To Ride looks after Ponyo. Master Baker appears as latecomer. Herr Splashy Pants has to walk for recovering his foot injury in Boxer. Even so there is a third beer stop, however being installed not faraway on a sidewalk as soon as rushing out of a living community. Agent Orgy asks to keep forward for a warm. Sink & Destroy hides in a shop for a warm. No Shit Sherlock hunts ahead. Winding through rows of flats and streets to loop back to restaurant. Dark Shaft meters out a 8.8km for whole trail and maps out a shape like a bear jogging.

The third thanks: Mismanagement’s teamwork such as Danger Zone onto Hash Cash; Ass Tonguer onto Hash Flash; Pickle Boy onto volunteer Beer Bitch and provides a lunch box of smoked loach to the hashers for good liver; sure, the 2 GMs SKS draping the Old Glory and jolly AO as well as the solemn 2 RAs BF and LiM&S co-host a happy-go-lucky and liturgical circle celebration. 10 virgins stand out ass to ass to accept a welcome that a half introduced by Karate hopefully will come back oftentimes. DH belts out Hash song for perspective-taking. SS and Comes More Often scores a running patch respectively. Somehow LITR drinks a bedpan of beer. Phantom is proved to be an iron man because only he all the time dresses a short pants and still walks in such a freezing winter. In the evening, RA BF performs a ceremony to name Just Han after buzzing with activity, no holds barred, finally a gushing icy beer shower from hashers christens this young man as he kneels down to be bare to the waist in the circle. The hashers else aggrandize their laughter like Undulator, Smell Fishy, Nut Pirate, All In, Shaven Not Stirred, Crash Test Dummy and virgins. The 2 RAs ultimately lead all hashers to culminate with a multi-version of chorus for Swing Low at a perished and murky lawn.

The fourth thanks: Bjorn Again comes back after a season, who puts on a red BJH3 flag to expand all hashers into a color composite of all Bjorn Again.

The fifth thanks: a local hearty lamp hotpot entertains about 25 hashers.

The sixth thanks: hashers have a nice Thanksgiving hashing and hashers make the world smaller.

The seventh thanks for……